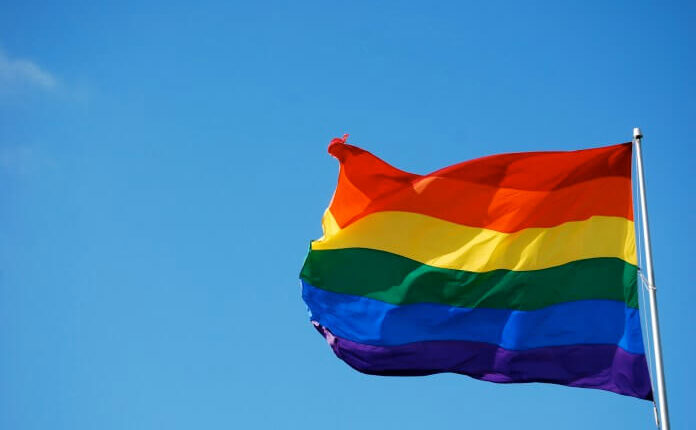 Kevin Lessard, a city spokesperson, said it’s premature to say whether policies will be revised. “It’s too early to say,” Lessard said, in an email. “We are still evaluating the decision and our next steps.”

“[The] Fulton decision is a sad loss for Philadelphians,” Ude said in an email. “The ruling requires the City to pay Catholic Social Services even though the agency discriminates against LGBTQ couples. Every LGBTQ adult, coupled or not, carries scars from childhood bias. The foster care system tries to help traumatized youth — a necessary and challenging responsibility. Philadelphia’s rule protects children against discriminatory bias and further trauma. But the ruling allows other government agencies to impose nondiscrimination requirements. And it offers Philadelphia a map to fix its problem. It’s not clear why Philadelphia offered an exemption in its contracts. As the Court notes, Philadelphia apparently never granted such an exemption — to anyone. Nor should it. We urge the City to remove the exemption and ensure that City funds go to foster care agencies that serve all Philadelphians.”

Longtime activist David Fair agreed with the idea of changing the contract’s language, saying “Back in the early 80s, the ‘gay rights bill’ was passed because of compromise language allowing the city to make exceptions to the provisions prohibiting discrimination against sexual minorities. I know, because I was there, and the provision got us a 13-4 win.

“Now the [court] has ruled unanimously that the City can’t deny the Archdiocese the right to discriminate as a result of that provision, because it can make exceptions,” Fair continued. “So the solution seems to be simple. Today’s Council simply needs to remove the option for making exceptions, which no other anti-discrimination law allows anyway. In the meantime, we need the LGBT+ community to rise up and confront directly the Archdiocese to either change its discriminatory policy or get out of the foster care system altogether.”

The Pennsylvania Youth Congress, an LGBTQ advocacy group, analyzed the legal points of the ruling, noting that “the U.S. Supreme Court held in a unanimous decision that non-discrimination policies must have neutral application and enforcement. Philadelphia’s standard foster care contract includes a clause that allows for exceptions from non-discrimination requirements regarding sexual orientation at the City’s discretion. This mechanism rendered the policy not generally applicable as it had the potential to be unevenly enforced.

“The court has also concluded that the Philadelphia’s Fair Practices Ordinance does not apply to Catholic Social Services since — due to the specialized process prospective foster parents must go through in order to become certified — certifications are not readily accessible to the general public.

“While prospective foster parents must rightfully complete a selective certification process, most Americans agree that taxpayer-funded services should not be allowed to turn people away solely because of their sexuality or marital status,” the analysis continued. “This is especially true in the context of foster care. Prospective applicants who are otherwise fit to foster should not be sent away when so many children are stuck waiting for a nurturing home. Pennsylvania counties are especially in dire need of open and accepting foster parents — as LGBTQ+ youth, who are already overrepresented in foster care, often face difficulty finding long-term placement, instead ending up in group homes, being shunted from placement to placement, or even housed in juvenile correctional facilities. More LGBTQ+ foster parents will only help meet that need. Our tax dollars should be dedicated to securing good homes for these kids, not discriminating against those who want to help.”

“Because Pennsylvania is the only state in the Northeast to lack non-discrimination protections for LGBTQ+ people, cities and towns across our commonwealth have had to take it upon themselves to adopt municipal non-discrimination policies,” Heldibridle noted. “Over one-third of Pennsylvania’s population is protected by this patchwork of local ordinances in at least 69 municipalities. These policies must be comprehensive and carefully written to require neutral application and enforcement. Most pressingly, the General Assembly must update our statewide non-discrimination law to include protections based on sexual orientation and gender identity. We shouldn’t still be relying on patchwork protections that bring about unnecessary litigation and confusion.”

Heldibridle added: “The Supreme Court ruling is a blow to children and families in the foster care system within the city of Philadelphia. But it was a ruling specifically based on the technicalities of Philadelphia’s policies. The Supreme Court does not recognize a general right to discriminate based on religious beliefs. Applied neutrally, non-discrimination policies are lawful, and above all, they are necessary. To ensure LGBTQ+ Americans have equal protections under the law, Congress must pass [the Equity Act], and for Pennsylvanians the General Assembly must take the same action. It is past time for LGBTQ+ Americans to have equal rights throughout our nation.”

Deja Lynn Alvarez, a local transgender advocate, and a Democratic candidate for the state House of Representatives, denounced the ruling.

“We know it’s going to be a battle between those that believe in ACTUAL equality and equity and those that don’t,” Alvarez said in an email. “Religion has been used as a weapon to oppress and hate by some since the beginning. That’s all this new ‘religious freedom’ is.”

Mary Catherine Roper, deputy legal director for the ACLU of Pennsylvania, emphasized the narrowness of the ruling.

“The court did not hold that CSS would have been entitled to an exemption from a universal nondiscrimination provision and affirmed that the city’s interest in enforcing nondiscrimination protections for same-sex couples is ‘a weighty one,’” Roper continued. “This ruling is expressly limited to this contract and does not restrict the ability of governments to protect LGBQ&T individuals from discrimination. So this decision does not change the balance in the greater battle between those who seek to protect LGBQ&T folks from discrimination and those who claim a religious right to engage in such discrimination. That battle will continue, in other cases.”

“For the families in Philadelphia Family Pride, this case is first and foremost about kids,” Haynes said, in a statement. “We work with the City of Philadelphia, private agencies that work with children in our foster care system and LGBTQ parents. We are relieved that this decision only applies to this specific contract — and hopeful that Philadelphia will be able to address the constitutional concerns the Court identified. LGBTQ people are just as qualified to be foster parents as anyone else. There is no reason our families should be turned away from fostering children. In states across the country, many children spend years in a group home before being placed with a foster family, if ever.”

In a conference call, Haynes emphasized the inherent value and human dignity of LGBT foster parents and foster children. She also thanked all of the individuals and entities that worked hard on the case.

Philadelphia Archbishop Nelson J. Perez called the ruling “a profound one that rings loudly in Philadelphia and reverberates throughout the country. It brings light and relief for children in need of loving homes and for the heroic foster parents who open their hearts and doors to care for them.”

In a statement, Perez went on to say that: “I have often said that we are a people of hope. It is my personal hope that today’s decision makes it abundantly clear that religious ministries cannot be forced to abandon their beliefs as the price for ministering to those in need. We can all live and work peacefully, side-by-side, to create a better and brighter future for all of our children.”

“We are encouraged by this decision as it recognizes a core American value: We all benefit when we respect rather than punish diversity in a pluralistic society,” Wenger said, in an email. “Gays and lesbians can foster children at the same time that religious liberty is accommodated. Everyone wins, especially the children.”

It’s Juneteenth in Pa. Here’s how and where to mark this historic day near you | Five for the Weekend

An unchecked box could result in unintentional donations for two U.S. Senate candidates