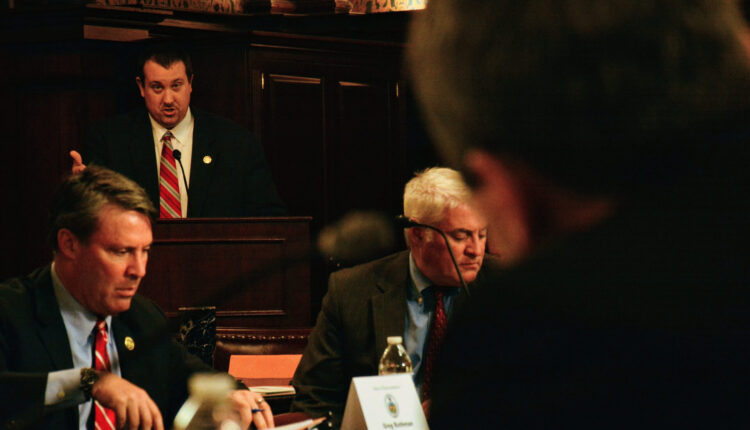 With a softened stance from the governor, House GOP to reintroduce election reform bill

Now that Democratic Gov. Tom Wolf has softened his stance on voter identification, Republican lawmakers in the state House say they’re taking another run at rewriting the state’s election code.

In a memo asking colleagues for support, Grove cited an interview published Tuesday by the Philadelphia Inquirer in which Wolf said he’s open to tightening voter identification requirements, especially for mail-in voting.

“While this revelation would have been more welcomed a month ago as the General Assembly was moving HB 1300 of 2021 through the legislative process, it is a productive development,” Grove said.

Wolf’s office did not immediately respond to a request for comment on the announcement.

The initial bill proposed in-person early voting, beginning in 2025, and would require county election boards to review polling places where voters waited more than 30 minutes to cast the ballots. Counties also would be required to address the wait times for future elections.

Grove’s bill also would move back the deadline to apply for an absentee ballot before an election by eight days and the voter registration deadline by 15 days.

The most significant proposal in the bill — which received the most pushback from legislative  Democrats — is mandatory voter identification for every election. Current law only requires voters to show identification when it is their first time at a polling place.

When reintroduced, the bill will also include $3.1 million in state funding to create and manage a Bureau of Election Audits. The bureau will operate within the office of the state auditor general, Grove said.

“Based on our experience, the last time the majority in the General Assembly tried this, it lacked broad accessibility and discriminated against vulnerable segments of the population,” Costa told the Capital-Star. “So I stand by our position on HB 1300 as it was passed as well as the effort in 2012 that was found unconstitutional.”

He added that he can’t make assumptions about the legislation without seeing or knowing what an updated bill would include. However, Costa said any election reform must include pre-canvassing — which would allow counties to process mail-in ballots earlier — uniform dropbox security, and resources to support any changes.

“Our counties are pleading for it, and it’s the right thing to do,” Costa said.

Democrats unite around ‘climate corps’ that could employ youth