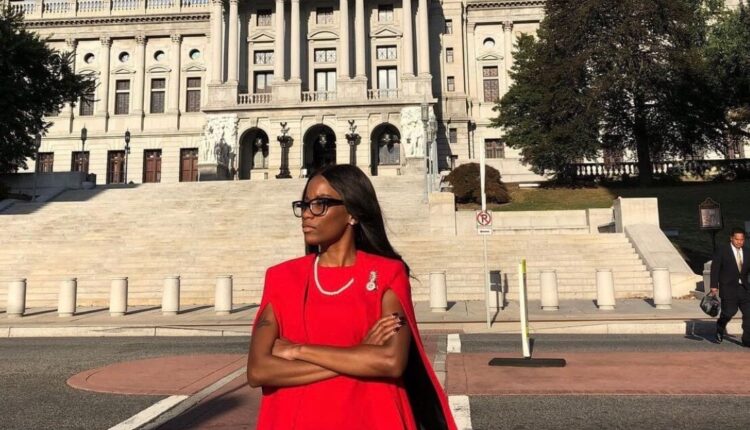 LaQuisha Anthony testified before a Pennsylvania Senate committee about her assault nearly two years ago. She’s laid on the Capitol floor with survivors of sexual abuse while waiting for late-night votes and cried in the gallery when lawmakers approved some long-sought reform.

But Anthony, who founded the V.O.I.C.E. network for assault survivors, is tired of waiting.

“Do you know what the cost of waiting is?” she asked during a Monday rally, urging the state Senate to vote on legislation that would open a two-year window for child sex abuse survivors to pursue civil lawsuits against their abusers.

“We waited our entire childhood. We waited through pain, through shame, through guilt, through fear, through depression, through suicidal ideation, through not being believed, through adults mishandling our safety.”

Surrounded by dozens of survivors and advocates, Anthony added: “We’ve waited long enough, treading through it all, keeping our heads above water. Yet, you tell us to wait again so we can drown in despair, and the secrets of those still serving and tarnishing young lives can drown with us.”

If it weren’t for an error made by the Department of State, the window for child sex abuse survivors would have appeared on the May primary election ballot as a proposed constitutional amendment. Restarting the amendment process in response to the mistake, the House and Senate passed legislation that would put the issue on the ballot in 2023. The bill must pass in both chambers in the next session before going to the Department of State for advertising.

But advocates, like Anthony, prefer a quicker path and are focused on a bill proposed by Rep. Mark Rozzi, D-Berks, that would open the window for survivors legislatively. The bill passed in the House and advanced out of the Senate Judiciary Committee proposal in April.

Monday’s rally was the latest in a series of efforts made by the nonprofit child advocacy group Child USA to pressure Senate Majority Leader Kim Ward, R-Westmoreland, who controls the upper chamber’s calendar, to call a vote on the legislation.

“It takes three things for success,” Child USA CEO Marci Hamilton said. “You have to have a grassroots movement — check. You have to get the votes. You have to persuade the public — check, in Pennsylvania. And leadership has to let it go to the floor, and Ward is not doing that.”

Ward, a practicing Catholic, has been accused by advocates and survivors of stalling the bill. She’s repeatedly denied the allegations and said she’s concerned about the legislation’s constitutionality. Ward also has questioned the Legislature’s ability to pass a window for child sex abuse cases without disrupting other areas of the law.

Since 2005, 18 states have passed the statutory window much like the one proposed in Pennsylvania.

Attorney General Josh Shapiro, a Democrat, dismissed claims that the legislation is unconstitutional, calling that explanation nothing more than lawmakers being “pathetically weak.”

“It ain’t about the law,” Shapiro said Monday. “What is sitting on the desk of the majority leader in statutory form is constitutional — plain and simple. We have proven that time and time again.”

After a request from Ward earlier this year, Shapiro’s office provided the senator with case law and guidance on the statutory window. In May, a spokesperson for Shapiro said there had been “several meetings between our office and the leader’s office and staff.”

In July, Erica Clayton Wright, spokesperson for Ward, told the Capital-Star that Ward’s office was considering “all options to give victims their best path to justice.”

But during a press call Monday afternoon, Ward said she’s still not convinced that the Legislature has the constitutional authority to pass the window. She also refuted allegations that lawmakers are beholden to lobbyists.

“The bill, we’ve looked at it. We’ve been looking at it,” Ward told reporters. “I, personally, I’m having a hard time getting to a point where I say this is constitutional.”

Ward did not answer whether she anticipates a floor vote on the bill. Instead, she said the attorney general’s office has yet to provide case law to support the constitutionality of the legislation; however, a spokesperson for Shapiro said that isn’t true.

“My heart goes out to all of the victims out there. That’s horrible that they had to live through that,” Ward said. “I go back to the strongest path for them to get their compensation and their day in court is the constitutional amendment, which we did right away after the Department of State dropped the ball.”

Unable to win the battle of ideas, Pa. Republicans are damaging the state…