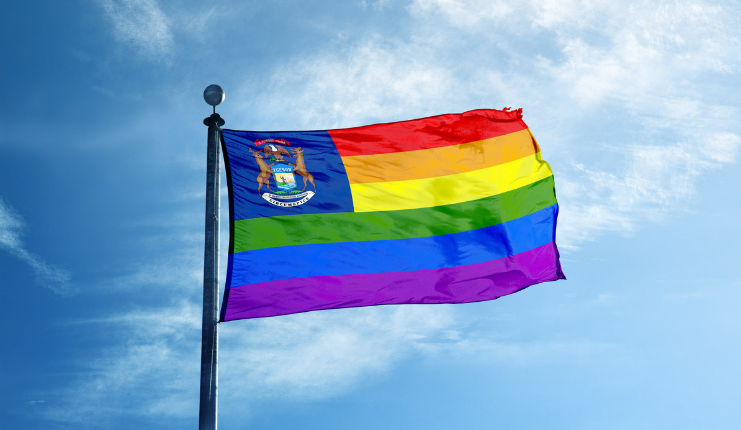 Right now, I am worried. Like many others in Michigan and across the country, I’ve seen the onslaught of homophobic and transphobic attacks coming at LGBTQ+ kids and adults from all angles, and I know the impact this kind of bigotry can have on people who are already marginalized.

In just the past few weeks in Michigan, we’ve seen former state Rep. Jon Hoadley, a highly qualified nominee to a university board who spent his six years in the Legislature serving on the Higher Education Appropriations Subcommittee, and who happens to be openly gay, rejected without a hearing or explanation.

We’ve also seen state Sen. Lana Theis, R-Brighton, deliver an alarming prayer alluding to LGBTQ+ people’s existence as a “dark force” threatening our kids. And, of course, the problem isn’t limited to our state, as numerous others where Republicans have full control are in the process of enacting explicitly anti-LGBTQ+ legislation.

Many of these attacks are focused on our schools and could have drastic consequences for gay and transgender educators and students. One of the most prominent examples is Florida’s “Don’t Say Gay” bill, which has inspired copycat legislation in more than a dozen other states.

Under this law, any reference to the existence of gay or trans people is banned in grades kindergarten to three, and must be “age-appropriate” after that. “Don’t Say Gay” bills, which are generally worded vaguely on purpose, are a scare tactic meant to erase the identities of LGBTQ+ people and prevent educators from creating safe, accepting classrooms for their students.

And the problems don’t end there.

In Texas, Republican lawmakers want parents of trans kids to be prosecuted for loving and accepting their children and providing access to gender-affirming care, and the consequences could be dire. It’s a well-known fact that trans kids are far more likely than their peers to die by suicide — but access to gender-affirming care and support from the adults in their lives drastically reduces that risk.

Even in states where these bills have not and will not be passed into law, the language many Republican lawmakers use — which is clearly designed to incite hate, bigotry, and violence toward LGBTQ+ people — is incredibly dangerous and will have far-reaching consequences.

Republican lawmakers who support these policies have tactically employed language like “grooming” and “pedophilia” in connection with gay and trans’ folks very existence. This is nothing short of fascist propaganda, and lawmakers’ conscious decision to use such inaccurate, inflammatory rhetoric is unacceptable.

We cannot stand by and let hate win. Each one of us has the power to make a difference by supporting our LGBTQ+ friends, family, and neighbors, challenging homophobia and transphobia we encounter in our day-to-day lives, and speaking out against lawmakers’ efforts to turn back the clock on the progress our nation has made.

But we shouldn’t stop there. Preventing these regressive policy changes is important, but it’s not enough. Here in Michigan, LGBTQ+ people still don’t have civil rights protections under the law — although our fiercely pro-equality Attorney General Dana Nessel is fighting to achieve those protections in court.

Whether it happens in the judicial system, in the Legislature, or at the ballot box, we need to expand the Michigan’s landmark Elliott-Larsen Civil Rights Act to prohibit discrimination based on gender identity and sexual orientation.

Luckily, Michiganders have progressive champions in office who are doing their part to protect the LGBTQ+ community — including both openly gay elected officials like Nessel, and allies who stand firmly on the side of progress and equality.

AFT Michigan, as a union of educators, also has a role to play in this fight. We are firmly committed to protecting our LGBTQ+ members and students from discrimination and bigotry, and ensuring every student, no matter who they are or how they identify, can learn in a classroom where they feel safe and accepted.

LGBTQ+ Michiganders have a right to exist, openly and proudly, in communities that accept them for who they are, and no amount of bigotry and lies can change that.

David Hecker has served as president of AFT Michigan since 2001. He wrote this op-Ed for the Michigan Advance, a sibling site of the , where it first appeared.

What’s on the ballot Tuesday? A choice between fact and conspiracy | Monday Morning Coffee

What Americans are saying about their financial health | The Numbers Racket