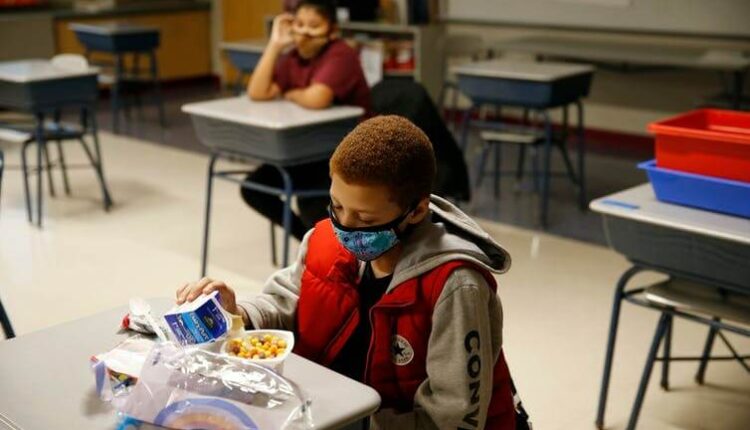 Though it’s unlikely to pass the Republican-controlled Legislature, a package of bills requiring universal indoor masking for Pennsylvania’s K-12 schools and childcare programs is in the works.

Two memos, released Monday morning, asking colleagues for support, are the latest in a series of calls for stricter masking requirements in classroom settings.

“If schools close, we put the learning of our children at risk,” Saval wrote to his Senate colleagues, highlighting the value of in-person instruction. “Our livelihoods are connected to keeping children in schools, and we should be doing everything in our power to keep them there.”

The American Academy of Pediatrics, which represents doctors who specialize in children’s health, and the Pennsylvania State Education Association, the state’s largest teacher’s union, support universal masking for those older than 2, arguing that it’s the safest way to maintain in-person learning.

Of Pennsylvania’s 500 school districts, less than 10 percent have enacted a masking policy, Saval and Schwank said. Their bills would require districts to require universal masking in K-12 schools and early childhood education programs for those over the age of 2.

“The COVID-19 pandemic badly exacerbated the problems we face with childcare,” Schwank said in a statement. “The closing of childcare facilities has adversely affected our workforce, especially the role of women in our workforce.”

She added: “Because a lot of children are still unable to get vaccinated and the uncertainty around new variants, we need to do everything we can to ensure our youngest students, educators, childcare workers, and all staff are protected.”

Earlier this month, Wolf and acting state Health Secretary Alison Beam said they had no plans for another statewide mask mandate, citing already curtailed emergency powers and potential backlash from the state Legislature. Instead, they endorsed guidance from the Centers for Disease Control and Prevention, which recommends universal masking indoors, regardless of someone’s vaccination status.

Ahead of the 2021-22 school year, school boards across the commonwealth have faced contentious meetings and pushback from residents when making decisions about mask mandates and vaccine requirements.

During a school board meeting earlier this month, a man gave a Nazi salute just after the Fox Chapel Area School District board of directors in Allegheny County unanimously approved a health and safety plan that included a universal mask mandate.

A group of eight legislative Republicans sent letters to school superintendents and board presidents in their districts, arguing that local control is best while simultaneously asking they enact optional masking policies. Two Republican senators also announced plans for legislation that would let parents opt out of school mask mandates.

On Monday, Sen. Ryan Aument, R-Lancaster, also announced plans to draft legislation to create an Educational Savings Account, so parents can send their child to a school with a COVID-19 health and safety plan they agree with.

“If school boards or other local officials feel strongly about implementing a COVID-19 mitigation policy to keep their community safe, they should be the ones to make that decision — not the state,” Aument said in a statement. “At the same time, if a parent feels strongly that the decision their local school district has made is not in the best interest of their own child, they should have the opportunity to send their child to a school that better meets their health, safety, and academic needs.

There has also been no evidence to show that wearing a mask, especially in a school setting, impairs learning or results in poor communication, Beam testified during a Senate Education Committee hearing this month. Statewide mask mandates have come with exemptions for medical reasons or disabilities. In schools, there also have been exceptions for students with respiratory conditions and sports.