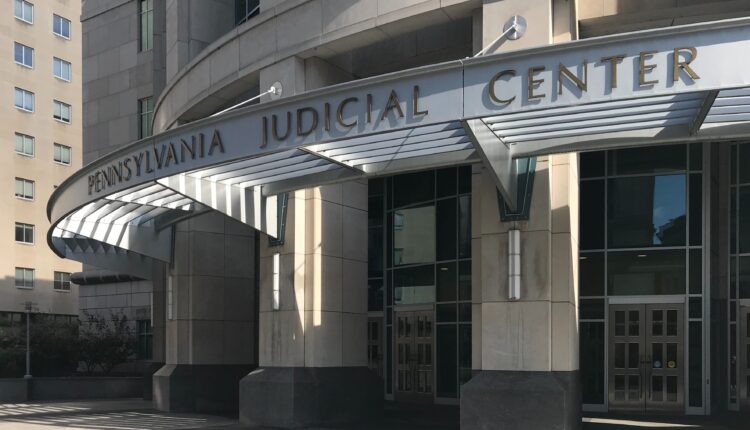 The Wolf administration is playing with fire, and it is not clear they realize it.

On Thursday, to much fanfare, the administration announced that it had asked the state supreme court to invoke its universal jurisdiction to declare the Legislature’s effort to put abortion’s place in the Pennsylvania Constitution on the ballot inherently unconstitutional.

Parts of the argument for how this can be so are about procedure that, while interesting and perhaps even plausible, are far less dramatic (and potentially consequential) than the core claim, buried on page 24 of the 40-page brief.

The brief argues that the right to privacy, which, it suggests, includes the right to abortion, exists independently of the Pennsylvania Constitution and, therefore, is not subject to amendment.

Essentially, the governor is asking the state supreme court to declare—permanently and irrevocably—that some issues are so sacrosanct not even amending the very documents that create and establish our government can change them.

Legally, the argument is baseless. To support the notion of extraconstitutional rights, it cites, well, Article I of the Pennsylvania Constitution, which identifies rights that the Commonwealth recognizes as “inherent and indefeasible.” And while the brief is correct to note that, per the Pennsylvania Constitution, the state government may not diminish those rights, it ignores the very structure of our government, which necessarily grants the power to form a government to the people.

As Article IV of the Pennsylvania Constitution reads, “All power is inherent in the people, and all free governments are founded on their authority and instituted for their peace, safety and happiness. For the advancement of these ends they have at all times an inalienable and indefeasible right to alter, reform or abolish their government in such manner as they may think proper.”

In other words, the people created the government, and the people get to decide what powers it does and does not have. Moreover, when they did so, they set up a process for how they would change their mind, and using that process, they may change their decision as to what powers the government does and does not have. Amending the Pennsylvania Constitution is how the people may do that. That process may not be perfect, but it is what we have.

Even many of the cases the brief cites to support its claim that some rights are unable to be touched actually support the opposite conclusion. For example, the brief cites the Pennsylvania Supreme Court’s 1969 ruling in Stander v. Kelley for the idea that constitutional rights cannot be placed subject to majority rule. But the passage in Stander to which the brief points is referring to rights under the U.S. Constitution—in that case, the right to cast an equally-weighted vote. Obviously, a state’s constitution may not abridge fundamental rights guaranteed under the United States Constitution, but as the Supreme Court held in the recent Dobbs case, no such right to abortion is guaranteed. And as the Stander court noted, the Pennsylvania Constitution—as the “fundamental law” of the Commonwealth—may be amended either by the process the document itself outlines or by a new constitutional convention.

The only way to reach the conclusion the Wolf administration advocates is to look beyond the state constitution and acknowledge a natural law—law that exists outside of whatever governments people create as part of nature or from a higher power. Historically, the idea of a natural law that supersedes what a constitution dictates has been awfully controversial, dating back at least as far as the 1798 U.S. Supreme Court case of Calder v. Bull. And not for nothing, but of late, only a small cadre of theorists at the far rightward edge of the conservative legal movement have proffered or even entertained natural law arguments on issues like abortion—and perhaps unsurprisingly, these scholars argue that the natural law forbids abortion as violating the fundamental right to life.

But setting aside the actual question of whether there is a natural law that should carry weight in constitutional analysis, perhaps the most breathtaking part of the Wolf administration’s argument is the principle it necessarily implies: judges must tell us what the natural law, which lies beyond the capacity of humans to change, requires.

As some of the most strident natural law theorists on the right concede (although for some, this is a feature and not a bug), natural law is inherently anti-democratic. It places foundational questions of civic life beyond the reach of the people even at the level of forming a government in the first place. For a country that, on both sides of the aisle, seems to agree that we do not want judges dictating what rights we do and do not have as citizens, embracing natural law to escape what we—as a citizenry—decide will form the basis of our republic seems antithetical to a government of, by, and for the people.

Fundamentally, when we amend the state (or federal) constitution, we act as citizens deciding what kind of political entity we want to create. To relinquish that power to judges—asking them to override not only what we decide in the law, but also in the compact about how we can create laws—should not be something any of us are eager to do.

None of this means one has to support the constitutional amendments that may reach the ballot sometime next year. None of this even means one has to believe that the way the Republican-controlled legislature has often pursued constitutional amendments to work around an ordinary legislative process they know will face a gubernatorial veto is a good idea or even a legitimate approach to governance.

But the argument that the Wolf administration made in court last Thursday represents a significant escalation, one that unwittingly seems to imply that the people of Pennsylvania are not the sovereign, but that judges are. This brief is not like what other states, like Kansas and Michigan, are doing—trying to identify a right to abortion within the current state constitution.

Instead, the brief asks judges to say that there are some issues so sacrosanct that no group of citizens can agree to form a government that addresses them differently from what those judges believe to be the “natural order of things.” There really is no telling what today’s judges or tomorrow’s judges might believe that natural order of things to entail (say, marriage being between a man and a woman, a position many prominent natural law theorists hold and, in a natural law driven legal regime, no democratic process could overturn).

The only thing that would be certain, were the state supreme court to adopt the arguments the Wolf administration made, is that we, the people of Pennsylvania, would permanently cede the power to decide what kind of government we want to create for ourselves to the judges of Pennsylvania.

And while I have an awful lot of respect for an awful lot of judges in Pennsylvania, that power, in my view, is not one that any judges should have for themselves. Only the people can do that.

Benjamin Pontz is a second-year student at Harvard Law School. Previously, he covered state and local government for WITF and PA Post in Harrisburg with a focus on state constitutional issues during the pandemic. His work has appeared in Politico Magazine, The Philadelphia Inquirer, The Dispatch, LNP, and the .