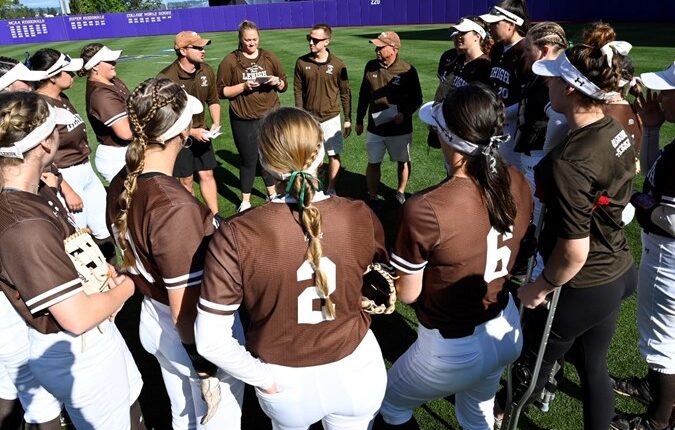 BETHLEHEM, Pa. – With the fall semester just around the corner and Lehigh students set to return to campus next week, head coach Fran Troyan has announced the addition of six newcomers to the Mountain Hawks’ softball program. The defending Patriot League champions added five first-year student-athletes and one transfer to a team that won its league-best 15th tournament title in May.

Lehigh has added one pitcher and five players who will contribute either on the infield or in a utility role. Four states are represented among the six newcomers, with two coming in from both California and Maryland, with New Jersey and Ohio also represented.

The Mountain Hawks went 31-20-1 in their 2022 championship campaign and return 11 players from that team, including All-Patriot League honorees Carley Barjaktarovich and Emily Cimino.

More information on the newcomers can be found below.

Utility player Crysta Duenas comes to Lehigh after winning many awards at Clovis East High School in California. She was named Offensive Player of the Year as a junior and earned the Leader of the Pack award following her senior season. The valedictorian of her high school class, Duenas played her travel softball for Central California Firecrackers Gold and will likely work as a middle infielder.

Troyan on Duenas: “Crysta is a highly athletic middle infielder who will immediately bring high levels of energy and competitiveness to the field.”

Right-handed pitcher Chloe Hess comes following an outstanding career at Clear Spring High School in Maryland. Hess was a four-year all-county honoree and was recognized as the Washington County Pitcher of the Year following the 2021 and 2022 seasons. The recipient of the Outstanding Girl Athlete Award by the Clear Spring Lions Club, Hess played her travel softball for Tri-State Thunder Gold.

Trojan on Hess: “Chloe has a strong combination of athleticism, mental toughness, and competitiveness. These qualities allow her to control the game from the pitching circle.”

Coming to Lehigh from Bishop Amat Memorial High School in California, Lily Owens will contribute on the left side of the infield or in a utility role. An all-league performer, Owens was recognized as her league’s Offensive Player of the Year. She played her travel softball for the OC Batbusters.

Troyan on Owens: “Lily is a first class athlete who exhibits high levels of skill in all phases of the game. Her on field performance is combined with natural leadership abilities.”

Sydney Parlett comes to Lehigh from Northern High School in southern Maryland. A catcher in high school, Parlett can play several positions well and will fill a utility role for the Mountain Hawks. She was named Offensive Player of the Year as a senior, batting .525 with eight home runs and a 1,300 slugging percentage. Parlett was ranked in top 100 overall in class of 2022 by Extra Inning Softball and played her travel ball for the Virginia Glory.

Troyan on Parlett: “Sydney combines natural athleticism with a phenomenal work ethic. With this she can excel as an offensive threat and at several positions defensively.”

Ohio native Maddy Schmeiser transferred to Lehigh from NC State, where she appeared in 29 games, batting .333 with a home run. She was used primarily as a pinch runner where she scored 14 runs. In high school, Schmeiser was a two-time All-State and All-District honoree in Ohio and was ranked 44th in the 2021 Extra Innings Softball Elite 100 rankings.

Troyan on Schmeiser: “Maddy brings valuable experience from her time at NC State. Her natural athletic ability and love for driving the ball will put her in a position to have an immediate impact at Lehigh. Her strong work ethic and commitment to winning will allow her to quickly become a leader on the team in many ways.”

Trojan and Tabaka: “Abby is capable of impressing everyone with the way she drives the ball on offense. She adds smooth footwork at first base with a high softball IQ to her offensive prowess.”