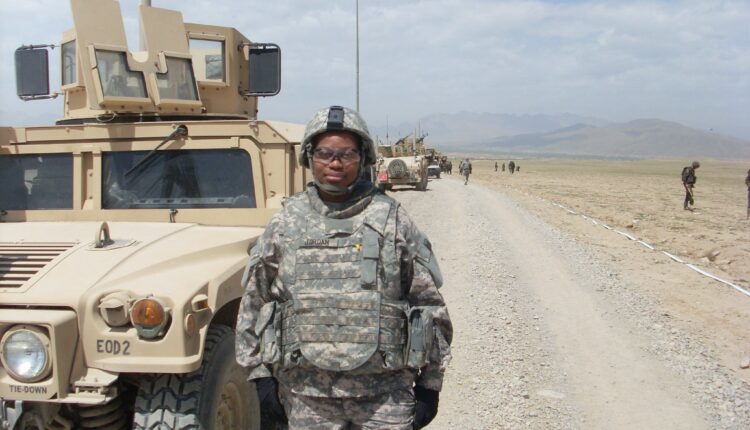 The U.S. has left Afghanistan. What was it all for? | Opinion

I can still taste the sand, feel the heat on my skin.

We were told to smell our water before we drank it, just in case something had been added to it. I remember the faces, including my own, when one of our brothers or sisters in arms lost their lives.

I remember the look of shock from the face of a soldier who had had his first kill in battle. I can see his face vividly till this day. You see, the people around him were congratulating him, calling him a hero for saving the other members on his team. But his face showed that he did not believe he was a hero at all. It was the look of pure terror, like you might see in a horror film.

I remember he was going to voluntarily extend his service in Afghanistan. After this incident, he immediately told me he just wanted to go home. I said OK and gave him a hug, a hug as a mother would hug her son. I knew he was in pain.

On Aug. 16, 2021, I learned that the Taliban had simply taken over in 10 days what we fought for over the course of 20 years. I was in utter shock and disbelief. I did not want them to, but the tears just came down, and they kept coming.

My heart aches for my Afghan brothers and sisters who I know have already served the United States yet somehow need a special visa to arrive in the country. I thought of the people they protected at great detriment to their own lives and the lives of their families. How could we do this? Then more tears.

Nothing is helping this feeling. I am in a grave state of depression. I can admit that and hope that doing so helps some of my fellow veterans and encourages them to seek help. Veteran Affairs sent out an email letting us know “we are not alone,” but it damn sure feels like it.

We were over there for two decades, and some of us are scarred beyond repair. I was recently diagnosed with post-traumatic stress disorder (PTSD). I had never even conceived the thought before for one simple reason: I was still alive.

But I do remember missing meals because I felt like I did not deserve to eat when we lost someone. I remember seeing a stack of tires back here at home and thinking it was a suicide bomber. I still, today, have recurring dreams that I am deploying back to Afghanistan. All of this was given to me as part of something I believed in. And now it is all gone.

The moment I heard the news, I felt used in the worst way. I felt betrayed by my beloved country. The contracts were filled, the money was made, and our bodies, our minds, were just a part of the process.

The hard work feels as if it was all for absolutely nothing. I hold out hope for some type of understanding and listen to the people who tell me it will be alright. It just does not feel like it ever will be.

If you are a veteran or family member of a veteran and feel like this, I am urging you to seek help. This is when we huddle together and take care of each other. I want to thank each and every one of you for your service, and I want you to know that despite these feelings, we will get through this.

The founder of People Requiring Equality w/in Systemic Racism (PRESS) New Mexico, Barbara Jordan is a retired combat veteran with 20 years of loyal service to the United States Air Force. She wrote this column for Source: New Mexico, a sibling site of the , where it first appeared.

‘The employee is in the catbird seat’: It’s about time | Opinion