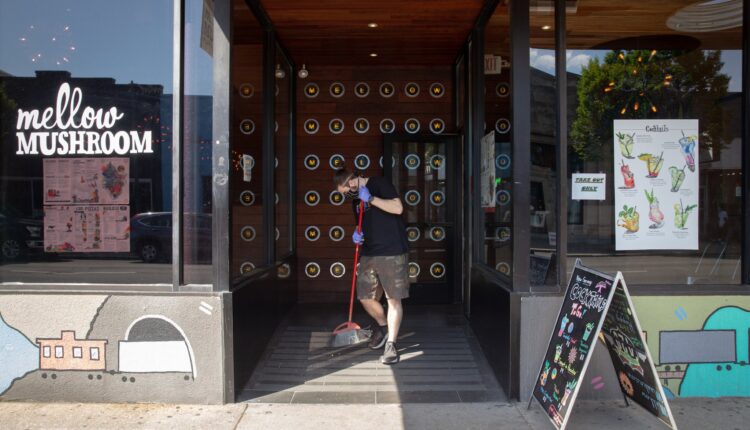 ‘The employee is in the catbird seat’: It’s about time | Opinion

RICHMOND, Va. — School districts around the commonwealth, including the Richmond area and Hampton Roads, Va., are worried about a lack of bus drivers as the new school year starts. In Norfolk Va., for example, there are 91 openings, nearly twice the number than at the same time in 2019.

Restaurants and other service industries have resorted to offering higher wages to lure people for the physically demanding, on-your-feet-all-day jobs. Some dangle additional benefits, including bonuses.

Yet people who sheltered at home during the pandemic are evaluating whether it makes sense to return to careers not always fulfilling — and potentially dangerous, too, if they’re at a higher risk of catching COVID-19.

The situation has led one business leader, the executive director of the Front Royal/Warren County Economic Development Authority, to opine on the altered dynamics. “The employee is in the catbird seat,” Douglas Parsons told Virginia Business.

It’s about time, many workers around the commonwealth retort. You wonder whether retailers large and small underpaid their employees for years – simply because the market dictated they could get away with it.

The new playing field isn’t something to lament. The pandemic has allowed many Americans, fortunate enough to have survived this ongoing nightmare, to reconsider what’s important.

Some Virginians are looking to see whether one spouse can stay in the traditional workplace while the other stays home, shoulders more of the caregiving role for young children, and picks up gigs where possible. Women often took on more of the teaching chores during virtual schooling than their male counterparts, and they should have more flexibility as students return to actual classrooms.

Other adults, closer to Social Security age, have decided “that’s enough.” They’re content to retire and take reduced benefits now — and maybe travel, or spend time with relatives while still healthy and energetic.

Business owners have repeated the debunked falsehood that unemployed Americans remained home simply because the federal government provided enhanced jobless benefits during the pandemic. Those payments ran out Monday in Virginia.

As I’ve written previously, the truth is much more nuanced than that, and retailers will be surprised when workers aren’t returning in droves in the coming weeks. My colleague Ned Oliver reported that economists say there’s increased competition for labor, especially from large companies like Walmart and Target. They’re offering better benefits, including college tuition, than smaller businesses can.

Plus, a new Oxfam report, covered in The Virginia Mercury, notes the commonwealth has risen from dead last to number 23 in the organization’s annual ranking of the best states for workers. Virginia has consistently been among the best for businesses, so this is a welcome rebalancing of the scales.

Everything we know about work is wrong. The pandemic proved it | John L. Micek

Oxfam said policies passed by Democrats since they won control of the General Assembly improved conditions for workers, including increasing the minimum wage. We should applaud this.

A couple of people I interviewed reveal how much the landscape has changed since COVID-19 began at the start of 2020.

Annette Sutton stopped working early last year as a medical logistics manager. She’d also been a certified nursing assistant. The 58-year-old Norfolk resident has a host of health problems: She suffered a stroke in 2013, and has high blood pressure, lupus and fibromyalgia. She’s received Social Security disability payments that take care of her bills.

Yet she wants to work, and has received job offers from the Navy Exchange and Marine Corps Exchange. Will she take one of the jobs?

“It’s a dilemma,” Sutton told me about working in the time of coronavirus. “I’m scared. Every time you think this is over, it’s not.”

The pandemic has left her isolated and depressed. But Sutton, who’s gotten vaccinated, doesn’t want to risk her life to earn a paycheck: “I’m not going to put myself in a compromising position health-wise.”

Tasha Sawyer, 34, was a service representative at Navy Federal Credit Union for more than eight years before leaving in February. Some safety procedures that began after the pandemic included curbside service for customers in the rain and heat.

The Norfolk woman has two toddler sons, ages 1 and 2, and weighed the job against spending more time with them. Her husband, a tattoo artist, is the breadwinner, and she wants to start an e-commerce store.

COVID-19 was a factor in reassessing a career, but not the only one. “The pandemic caused me to start watching certain people, become woke and realize you can work for yourself,” Sawyer said.

It’s time businesses face the new reality. We may never return to those pre-pandemic levels of employment outside the home, because Virginians want something better – and safer. The remaining workers will earn more.

That’s not a bad thing.

Longtime columnist and editorial writer Roger Chesley worked at the (Newport News) Daily Press and The (Norfolk) Virginian-Pilot from 1997 through 2018. He previously worked at newspapers in Cherry Hill, N.J., and Detroit. He wrote this piece for the Virginia Mercury, a sibling site of the , where it first appeared.

ECMO Life Support Is a Last Resort for Covid, and in Short Supply in South

The U.S. has left Afghanistan. What was it all for? | Opinion