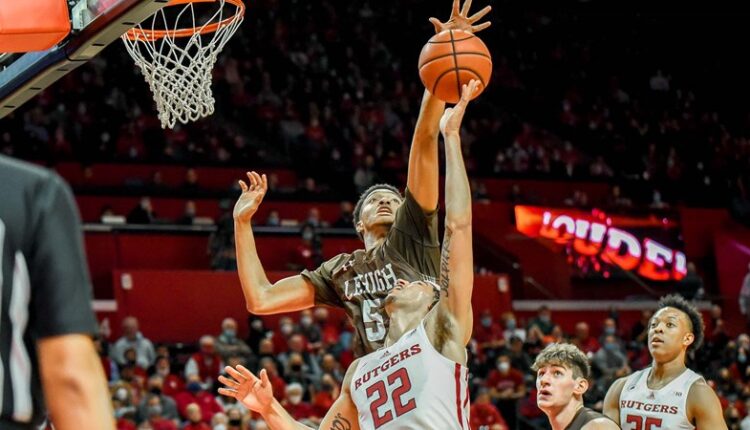 BETHLEHEM, Pa. -Following a two-week break of games for final exams, the Lehigh men’s basketball team returns to the court on Saturday at Syracuse. Gametime is set for 6 pm on ACC Network. Saturday will mark Lehigh’s third-to-last nonleague contest, as the Mountain Hawks prepare for their Jan. 1 Patriot League opener at American. It will also be Lehigh’s second ACC opponent of the season, following a 61-43 defeat at Virginia on the Friday after Thanksgiving.

Lehigh head coach Brett Reed is no stranger to facing legendary coaches, and his teams have impressed in those contests. Reed is 1-2 all-time facing top six coaches in NCAA Division I history (based on number of wins), with the Mountain Hawks being outscored by an average of just five points over the three games (68.33 to 63.33). Lehigh defeated Mike Krzyzewski (No. 1 in all-time victories) and Duke, 75-70 in the 2012 NCAA Tournament. Reed and the Mountain Hawks lost to Jim Boeheim (No. 3) and Syracuse, 57-47 in the 2015-16 season opener at the Carrier Dome, and dropped a 78-68 final at Bob Huggins (No. 6) and West Virginia , 78-68 in December of 2018.

Most recently, the Mountain Hawks dropped an 81-75 final to Maryland Eastern Shore on Dec. 4. Despite the loss, Lehigh saw some of its strongest offensive play of the season to date. Juniors Reed Fenton and Jake Betlow led the way with career highs in points (20 and 15, respectively). They were each 5-of-8 from 3-point range, marking the first time Lehigh has had two with five or more made threes since Jan. 8, 2018 at Boston University (when Pat Andree was 5-of-9 and Lance Tejada finished 5 of 11). It actually marked the first time since Feb. 1, 2020 that one Mountain Hawk had 5+ made threes (when Fenton knocked down six vs. Army West Point).

Against Maryland Eastern Shore, five Mountain Hawks tallied double-figure points. Along with Fenton and Betlow, another junior Evan Taylor had 15. Sophomore Dominic Parolin recorded 11 and junior Jeameril Wilson added 10. It marked the first time Lehigh featured five in double figures since the Patriot League First Round game against Loyola on Mar. 3, 2020. First-year Ben Knostman helped facilitate the offense, tallying a career-high six assists (also the most by any Mountain Hawk this season and most since Marques Wilson dished six last Feb. 28 vs. Lafayette). For the game, Lehigh shot 51.9 percent from the floor, the first time over 50 percent since Jan. 24, 2021.

Syracuse stands 5-5 on the season – 3-1 at home, 1-1 on the road and 1-3 in neutral-site games. The Orange’s five starters are all averaging double-figure points and have combined to score 71.0 of Syracuse’s 77.5 points per game. Buddy Boeheim, son of Syracuse’s legendary head coach Jim, leads the way with 17.6 points per contest. He is followed by Joseph Girard III (14.7 points per contest with a team-high 45 assists). Buddy’s brother Jimmy is next, averaging 14.4 points. Cole Swider leads Syracuse in rebounding (7.4) to go with 12.2 points per contest. Playing its renowned 2-3 zone, the Orange have knocked down 8.3 3-pointers per game (shooting 35.9 percent from distance), but allowed opponents to hit 11.3 from long distance per contest (with opponents shooting 34.1 percent). Most recently, Syracuse dropped a 79-75 final at Georgetown. Its lone home loss came to Colgate, 100-85.

Syracuse has won all four meetings with Lehigh all time. The teams met to open the 2015-16 season, a game which saw the Mountain Hawks trail by 20 at the half before beginning the second half on an 18-4 run to pull within six, but ultimately falling, 57-47. That marked the first meeting between Lehigh and Syracuse since the 1931-32 season.

Following Saturday’s game, Lehigh will return home on Tuesday, Dec. 21 to host UAlbany at 7 pm on ESPN+. It will be Ugly Sweater Day; wear a holiday sweater to the game and get a $10 concessions voucher.