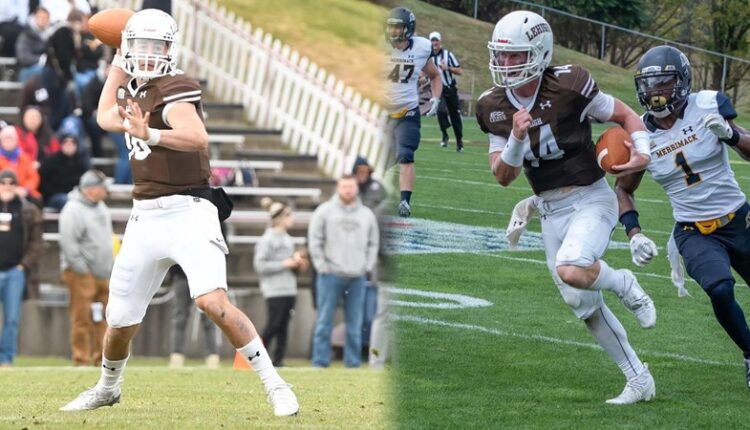 We’ll start with a look at the quarterback position.

Lehigh enters the spring season with a deep room of six callers. There will be competition in the hope that someone can step forward and take the reins. The six quarterbacks on the roster include three returnees and three newcomers, with two of the three returnees seeing significant action last season.

Senior Addison Shoup is a double threat who quarterbacked six games in 2020 and also held the Mountain Hawks. Shoup’s 36-yard touchdown run was the difference to a 10-3 win over Merrimack. He later replaced injured Tyler Monaco at Fordham and threw the game-winning touchdown pass in Lehigh’s 30:27 overtime win.

Junior Alec Beesmer finished the Under Center in 2019 after starting Lehigh’s last two games against Sacred Heart and Lafayette. Beesmer threw 437 yards in three games and threw his first touchdown pass of his career at Bucknell. He also gained 119 yards on the ground before subtracting the yards lost by sacks.

Sophomore Nigel Summerville is the third returning quarterback. The three newcomers include newcomers Hank Shapiro from Westfield, NJ and Dante Perri from Philadelphia; and transfer Cross Wilkinson, who is coming to Lehigh from Toledo and is eligible to play for another three years. Wilkinson appeared in a game for Toledo in 2018 and was a highly regarded prospect from Wheeling, W. Va.