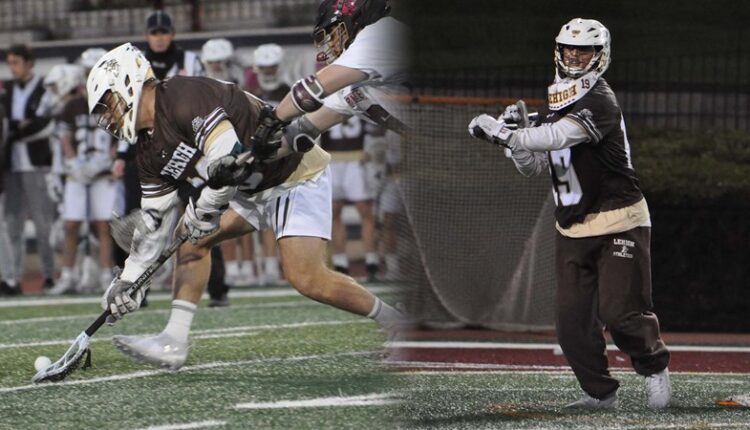 BETHLEHEM, PA. Less than 48 hours after Inside Lacrosse was recognized as Media All-Americans, Lacrosse Junior Mike Sisselberger and Senior James Spence von Lehigh received the same award from USA Lacrosse Magazine, as announced late Tuesday. Sisselberger, the program’s first student athlete to become the first All-American team since 1923, recently posted the best faceoff win in lacrosse history for the NCAA Division I, while Spence’s savings and goals against the 2021 average are among the best in the country.

After a 15-out-of-19 attempt in Saturday’s NCAA tournament competition against Rutgers, Sisselberger ended his season with 79.5 percent (225 out of 283), setting a new NCAA Division I record for the pass percentage in one season . It broke the previous 79.1 mark held by Albany’s TD Ierlan in 2018. Sisselberger also ended the season with 160 groundballs, a new program and the Patriot League brand, which was particularly impressive after a shorter season than usual (12 games in 2021). Sisselberger collected double-digit groundballs in 11 of these competitions, while attacking four goals and two assists. Named the Patriot League Faceoff Specialist of the Year, he is the only student lacrosse athlete in the league to be recognized as the first All-American team.

Spence ended his season with an impressive 17 save attempt against Rutgers to reach a career high. He made 10 of those saves in the second quarter alone to keep the Mountain Hawks halfway within 5-2. His 56.0 percent saving in 2021 is good for 14th place nationwide, while his 9.83 goals against average rank 16th. During the regular season, Spence was named Patriot League Goalkeeper of the Week after a performance of 17 against Loyola and 14 stops against Navy. He also made 15 parades at Bucknell, another of his nine double-digit parades in 2021.

The Mountain Hawks ended their season with a 10-2 record, including a perfect 9-0 mark against opponents of the Patriot League. Lehigh received the number 1 league tournament and the league’s automatic qualification for the NCAA tournament – the program’s first appearance since 2013.