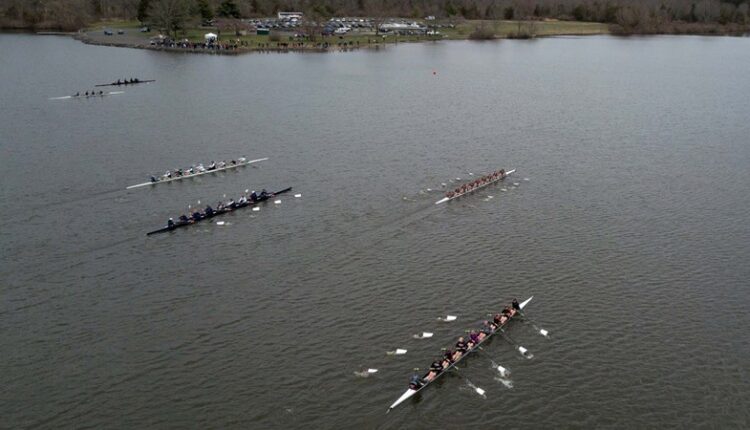 Last March, the Lehigh rowing team was in California on their spring break trip when the COVID-19 pandemic changed everything. Look forward to March this year and it has been more than 16 months since you got in line for a regatta.

That changes on Saturday when the women’s team begins their long-awaited season against Saint Joseph’s on the Schuylkill River in Philadelphia. Both women and men will face Drexel on the following Saturday (March 27th), also on the Schuylkill.

Getting to this point has not been easy, but the Mountain Hawks have learned and grown by overcoming obstacles and adapting to change.

“COVID was a challenge, but I think the team handled it really well, with everything to do with testing, changing exercise formats and things like that,” said Lehigh’s head coach Brian Conley. “I’m looking forward to getting them out of there in a race. It’ll be fun. Saint Joseph’s is a great competitor to do that against.”

A significant challenge for these Mountain Hawks and any sports team during this time was developing team chemistry with much less personal time than usual.

“They had big problems with that early on,” said Conley. “We had them separated a lot in small groups so it was really difficult for the upper class to hit the first few years and vice versa. Connectivity had a bit of a problem in the fall, but when we got into winter training and spring comes with rowing It just puts you in boats with people and you are forced to do a lot of hard work, and when you work hard you tend to bond because you have a common piece of work that you have together.

“They tried because they wanted to work really hard for so long and now they can.”

The possibility of participating in competitions is not a given for the Mountain Hawks.

“You saw it from day one when you finally got back into the Erg room,” said Conley. “One of our captains said best on the river the other day. We had literally just stopped for a quick drink and one of our captains got up and said you know what? It’s so great just on our river to be. We weren’t. ” I can’t do that a few weeks ago.

“Now we’re here. We build boats and we haven’t done that for over a year.”

Conley and the team bring perspective to the season and understand where they are this March, are not where they have been in years past, but that’s okay. The philosophy remains the same – learn, grow, develop and ultimately gain speed and be at your best at the end of the season.

“It was always known that we would find more speed as the season progressed,” said Conley. “Part of that is our training schedule, but it’s also part of who we are, how we develop and get better as the race progresses. The team is ready for that; they are embracing this idea.”

Especially for the regattas in the preseason, Conley concentrates most of the time on the technical side of racing.

“Right now it’s just a matter of whether we can work from start to finish. That’s our first racing goal this year,” said Conley. “Can we put together a full 2,000 meter race from start to finish that we’re looking forward to? If we do, we can build on that for the next race.”

“This group is fully engaged and driven day in and day out to achieve its goals,” said Conley. “They have set some goals that are pretty lofty. But if you hold on to your guns, which you seem to be doing, I think those goals can become a reality.”