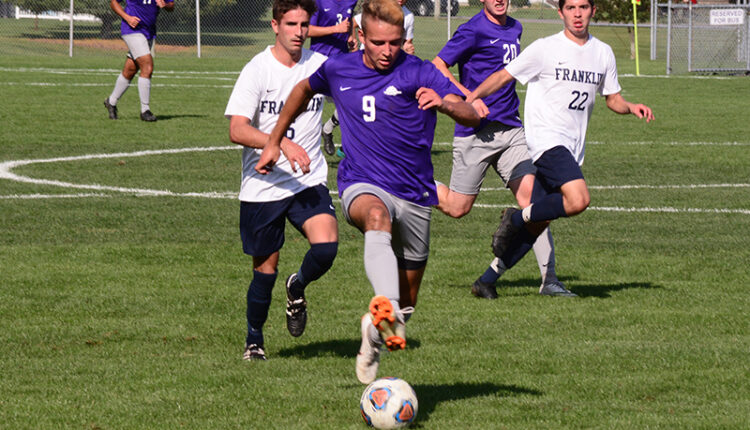 The Bluffton University men’s football team was back in action on Wednesday October 2 when they welcomed Finlandia University to the Sears Athletic Complex and secured a 7-0 draw against the Lions. The beavers finish the non-conference game for the first time since 2008 at 5-5 (.500).

Just two minutes into the game, Dalton Taynor (Troy / Miami East) took a good feed from Hunter Coffey (Wapakoneta) and pulled away in the back of the net to give the home team an early 1-0 lead. Taynor met paydirt less than five minutes later and gave the Beavers a 2-0 lead.

Taynor and Brandon DeCoursey (Bruceville / North Knox) ​​lit the fire for the Bluffton offensive in the middle of the second half and gave the Beavers a comfortable 4-0 lead over the Lions. Igor Malaquias (Bethlehem, Penn./Northampton CC), Christian Parker (Urbana / West Liberty) and Justin Combs (Union / Northmont) scored in the last 10 minutes to secure the 7-0 win.

The men begin the HCAC game on Saturday 5th October with a home game against Rose-Hulman. The starting shot will be given at 3:30 p.m. after the women’s HCAC kick-off at 1:00 p.m. with the engineers.

Catching up with women in sports for women’s history month