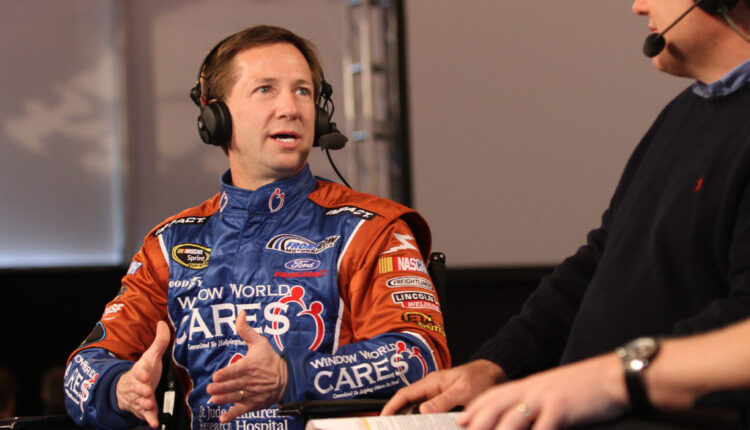 INDIANAPOLIS (WISH / CNN) – Racing driver John Andretti has died after battling cancer, his team said in a tweet on Thursday.

The 56-year-old native of Bethlehem announced in April 2017 that he was fighting colon cancer. He was later listed as cancer-free in 2017 but relapsed in May 2018. He received chemotherapy in January 2019, but the cancer recurred in March.

While battling cancer, he launched the hashtag # CheckIt4Andretti to encourage people to do colonoscopies for the prevention and detection of colorectal cancer.

Andretti drove twelve times in the Indy 500 through 2011, and in 1994 he drove there and at a NASCAR event that evening. He was the first driver to do the feat.

Andretti drove all types of cars but spent most of his time in the NASCAR top series and drove 393 races. He won two summer races at Daytona International Speedway in 1997 and Martinsville, Virginia in 1999, winning for Petty Enterprises.

The team tweet said, “John was a loving husband and father, a devoted son, and a trusted cousin. He was a philanthropist, an advocate of the sport, a dedicated teammate, a motivated competitor, and most importantly, a dear friend.

“Through Race4Riley, John spent decades raising funds for the Riley Hospital for Children. When John was first diagnosed with colon cancer in 2017, he vowed to fight back and use his voice to spread the word of prevention and early detection. He fought hard and stole back days that the disease sought to take away. He has helped countless others under reasonable control and saved lives in the process.

“We will carry John’s real spirit with us forever, helping others first and then helping ourselves. Our prayers today are with Nancy, Jarrett, Olvia and Amelia, with our whole family and with fans around the world. We urge all of our followers to please # CheckIt4Andretti. ”

Andretti’s father is Aldo Andretti, the twin brother of 1969 Indianapolis 500 winner Mario Andretti. Mario Andretti was the only driver to win NASCAR’s Daytona 500, Formula 1 Drivers Championship, and Indy 500 during his career.

Mark Miles, President and CEO of Penske Entertainment Corp., made the following statement on behalf of INDYCAR and Indianapolis Motor Speedway on John Andretti after his death:

“John Andretti’s skills behind the wheel of a racing car have been admired by millions of fans around the world, and he always returned that loyalty and kindness in order to become one of the most popular drivers of his generation. But John’s real mission was to help others, whether through his countless hours of community service, particularly with Riley Children’s Hospital here in Indianapolis, or through the colon screening campaign he launched in April 2017 after he had cancer had been diagnosed. John’s positive attitude and selflessness during his valiant struggle have inspired us all and will be a legacy that will last forever. We extend our deepest condolences to his wife Nancy, their three children and the entire Andretti family. ”