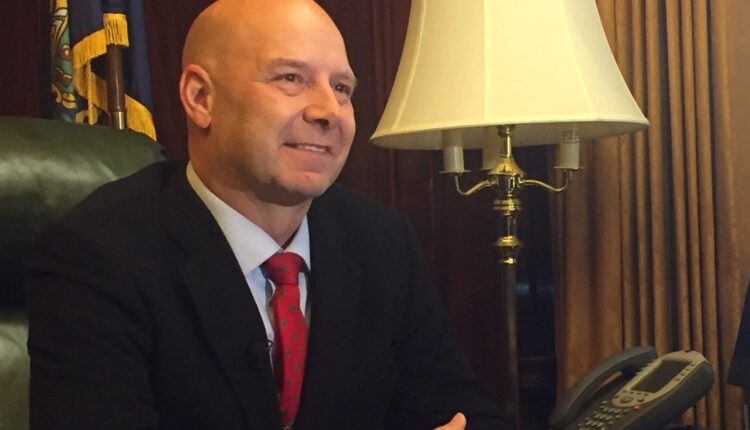 After spending weeks railing against the Pennsylvania Senate’s top Republican and the chamber’s GOP leadership, a state lawmaker has been barred from attending private meetings of his own party.

In these meetings, lawmakers discuss their positions on bills and legislative strategy in candid, private conversations.

Thompson told the Capital-Star in a text message that Mastriano will still have virtual access to caucus materials, such as bill write-ups, amendments, and committee schedules. Mastriano, who did not respond to a request for comment, was informed earlier this week, Thompson added. He did not immediately provide a reason for the removal.

The move marks the latest escalation in a messy and public feud between Mastriano and Corman over the fate of a legislative investigation of the 2020 election.

In August, Corman stripped Mastriano of a committee chairman assignment and his staff after Mastriano accused the top Senate Republican of “stonewalling” efforts to investigate the 2020 general and 2021 primary elections. During a since-deleted Facebook Live, Mastriano told more than 1,000 followers that his cause for an investigation was “weakened and diminished.”

Mastriano also claimed Corman blocked him from scheduling a meeting to issue subpoenas to acquire hundreds of thousands of pieces of election equipment and voting information for the probe, which initially included Philadelphia, York, and Tioga counties.

Corman, however, retorted that Mastriano was only interested in political grandstanding, accusing the senator of being more focused on holding press conferences and rallies.

The investigation has since continued under Sen. Cris Dush, R-Jefferson, who has replaced Mastriano as chairman of the Senate Intergovernmental Operations Committee. The 11-member panel, which includes Mastriano, issued subpoenas last week for 9 million Pennsylvanians voting history, as well as partial social security numbers and driver’s license numbers.

Republican senators have privately accused Mastriano of sharing information from caucus outside of their ranks, including in interviews with conservative media.

In a series of Facebook Lives and interviews with far-right media outlets, Mastriano — who’s a staunch ally of former President Donald Trump — has largely focused on Corman and has accused GOP leadership of stalling an election investigation.

‘This is not a small number’: Senate committee tackles $104M deficit in Pa. Turnpike tolls