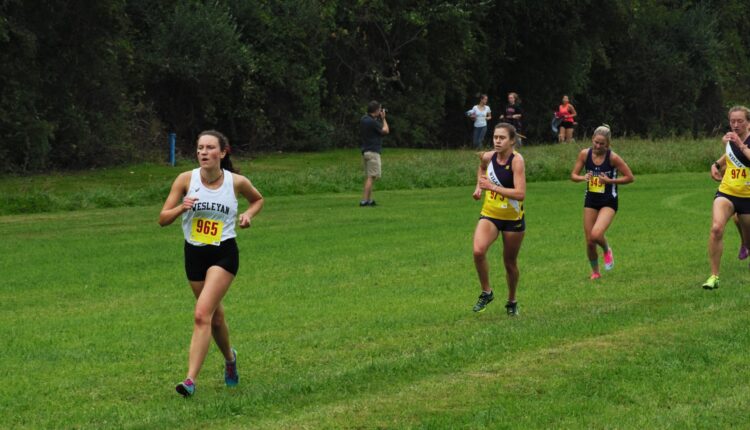 After a three week break from competition after finishing second in the Little Three Championship, the women’s cross country team traveled to Bethlehem, Penn. on October 5th to compete in the 46th Annual Paul Short Run at Lehigh University. The Paul Short Run is a 6 km run with more runners than typical races. The somewhat longer route and the sheer crowd made for a hectic and exciting atmosphere.

“Paul Short is such a huge and crazy get-together with hundreds of runners so it was a little daunting to be on the start line,” said Sara Greene in ’23.

Although the course was daunting at first, several Cardinals were able to show strong performances.

The Cardinals finished 15th out of 42 teams with 455 points. Of the 328 runners, three of the top 100 Wesleyans were team members. The results are not as successful as they were last year when Wesleyan finished 8th out of 43 places. Despite these setbacks, individual members of the team were able to achieve success.

Sara Pinsonault ’20 continued her strong season by finishing first in the red and black. She achieved a personal best of 22: 05.8 with an extremely fast average mile pace of 5: 55.4. She was the 47th runner and the only cardinal to make it into the top 50. Her time is a big improvement over her performance last year when she finished the 6 km at 10:56 PM as the 55th runner.

Close behind followed Becky Lopez-Anido ’21 in 59th place with a time of 22: 13.6, which was a solid continuation of her success at the Little Three Championship three weeks earlier. Greene finished third for the Cardinals, completing her first college 6K with an impressive time of 22: 39.0.

“It was really exciting,” said Greene. “I wasn’t sure what to expect on race day, so I drove optimistically and focused. I honestly can’t remember much from the race, but I was shocked to see the time I was running. “

First graders Miranda Graves and Mariah Saunders followed Greene’s performance, finishing fourth and fifth for the Cardinals in their first college 6Ks. They crossed the finish line with times of 22: 49.5 and 22: 58.1 respectively.

After the team’s final race, the Little Three competition in September, head coach John Crooke said the most important factor for the rest of the season will be how quickly the first few years go. Based on the results of this weekend’s run, it appears that the first few years are improving rapidly. That bodes well for the rest of the season because the team is quite young overall.

Team culture and loyalty are still a crucial part of the team process to be successful. The women strive to get closer to each other and continue to support and encourage their teammates.

Greene pointed out that a big positive part of her racing experience over the past weekend was being able to stay in a hotel with her teammates before the race.

“I had never stayed anywhere the night before a race,” she said. “It was a lot of fun to be with my team all night.”

The Cardinals have a short break from racing and will resume their season on October 19 when they travel to New London for the Connecticut College Invite. The race starts at 11am and will be an exciting opportunity for the women to show their growth.

“I’m looking forward to more races and to being close to my team-mates,” said Greene. “We work hard every day, regardless of whether it is the lift, the core, on the track or on the street. We love to support each other and we want everyone to run fast and feel good about it! We hope that we will continue to have a successful season. “

Annie Roach can be reached at [email protected]