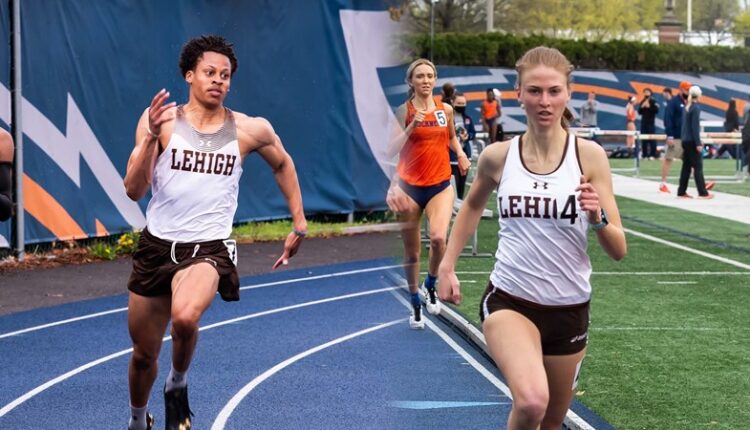 EASTON, Pa. – For the fifth weekend in a row, the Lehigh men’s and women’s athletics teams competed against the Leopards and the Pioneers of the Sacred Heart at the Lafayette Tri Meet on Saturday. At the end of the one-day event, the Mountain Hawks dominated the day with 26 wins.

In the women’s category, Brittany Curtins’ hammer throw of 53.83 m started the field for victory on her sixth attempt. Junior Tesha McKoy scored a decisive victory with a 12.73 meter mark in the shot put. Curtin (42.05) and McKoy (41.72) also went one and two into the discus. In the high jump, Calista Marzolino took her first career win and Kerry Perna finished second by overtaking the 1.65 meter mark. The two women could not make the jump to 1.70 m. In the 4x100m relay, Brett DeWeese, Alexis Smith, Camari Griffin and Morgan McConnell won past their opponents and won with a time of 48.65.

The Senior Smith scored another 200-meter victory that day with a time of 25.84. The newcomer Struck was born on November 26th. Second right behind her. The first year athlete, Struck, took the 400-meter victory at 59.46. Camari Griffin finished fourth in the 400 meter run with 1: 02.86. The talented senior DeWeese added another win in the 100mH with a time of 14.96 while Ashley Griesmeyer finished third at 3.15pm. McConnell, another Lehigh senior, scored another 100-meter win at 12:72 p.m.

In the obstacle course, newcomer Lindsay MacLellan came second with a time of 11: 35.92. Rachel Sequeira finished second for the Mountain Hawks in the triple jump of 11.26m, while Avery Roze finished fourth with a mark of 10.52m. Senior DeWeese took second place in the long jump on 5.14 m, while Sequeira took fourth place on 5.08 m. Veronica Meyer (35.01 m) and Brianna Wanbaugh (32.63 m) took third and fourth place in the Speer.

In the men’s category, the second Ian Scott scored two victories in the high jump (1.90 m) and long jump (6.53 m) that day. Conor Reilly continued to excite in his rookie campaign when the newcomer won another pole vault with 4.63 m. Senior Riley LaRiviere won his first career event in the shot put at 14.58 m and also won the discus at 42.55 m. LaRiviere also took second place in the hammer throw at 52.47 m. The newcomer Achilles Mouzakis was 48.97 Third in the hammer, his brother Anastasios fourth with 48.18 m.

Next up next Saturday, the Brown and White will host the John and Carol Covet Classic at the Goodman Track and Field Complex.