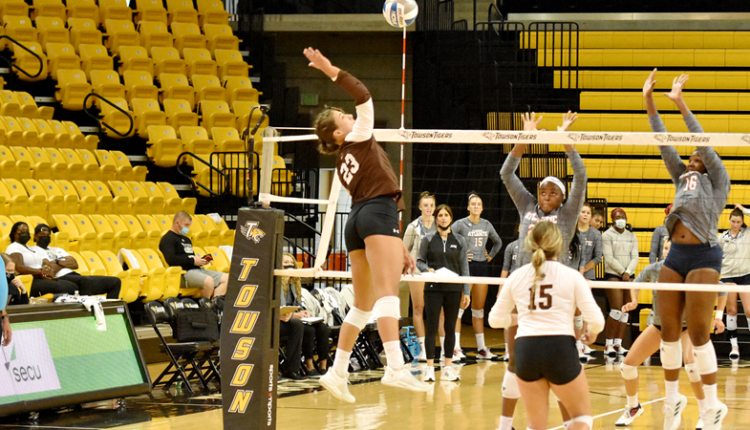 BETHLEHEM, Pennsylvania – Lehigh Volleyball returns to Leeman-Turner Arena at Grace Hall on Tuesday night, facing Penn at 7 p.m. for the final non-league game before the start of the Patriot League competition this weekend.

After three defeats in a row at the Tiger Invitational in Towson at the weekend, the Mountain Hawks (2: 7) want to get back on track against a well-known opponent in the middle of the week, the Quakers.

Fifth grader Hannah Wright had a dominant weekend, especially after being called to the All-Tournament team. With 30 kills between three games, Wright had 13 with four failures against Florida Atlantic in Saturday’s opening game, while he scored 11 with two failures and one block against Temple in Saturday’s nightcap.

Sabrina Lancaster in her fifth year also had a successful weekend with 11 kills against FAU, including the 1,000th of her career, making it only the 11th Mountain Hawk of all time to reach the milestone.

Freshman Megan Schulte continues to lead the team on kills during their rookie campaign, racking up 12 with six digs and one block against FAU and eight kills with six outages against Temple. Their 101 kills in the first nine games accelerate the team.

Penn is 3-3 to start the season after three straight defeats at the DePaul Invitational that fell to Akron, Oakland and DePaul. The Quakers opened the season at home with three wins against Bucknell, Canisius and Coppin State.

Autumn Leak is the team leader on the kills at 99 this season, averaging 4.71 per set. Margaret Planek got a total of 50 kills and added 14 blocks. Caroline Douglas leads the team with 91 assists while Sydney Ormiston leads the Quakers with 146 assists.

Tuesday night’s game is only the eleventh ever meeting between Lehigh and Penn, who face each other for the first time since 2019. The Mountain Hawks defeated the Quakers 3-1 on September 6, 2019 to open the Crosstown Invitational.

Lehigh’s match against Penn will be streamed live on ESPN + at 7 p.m.