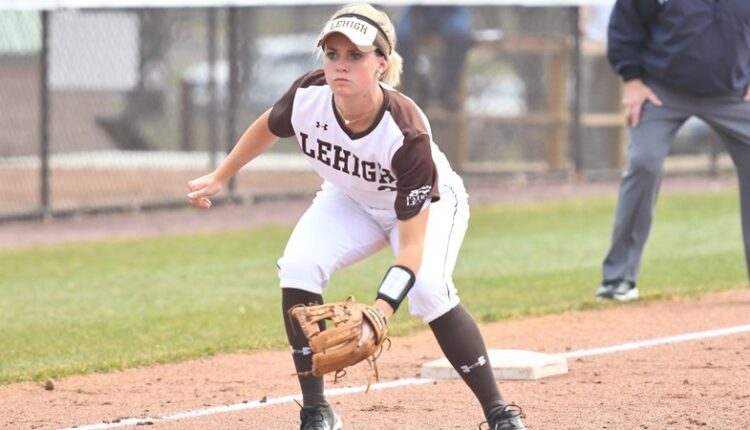 Box Score 1 | Box Score 2 NEWARK, Del. – Lehigh made his last non-league regular season games and failed to hold early leads at Delaware Softball Diamond at either end of a double-header sweep against Delaware Saturday. The Mountain Hawks lost a 3-0 lead in the first inning at the opener, with three mistakes adding to a 5-4 defeat. In game two, Lehigh led 5-0 and 7-4, but a fifth inning of four runs gave hosts Blue Hens an 8-7 win.

Lehigh enters the Patriot League with a 2-6 record.

Junior Carley Barjaktarovich and Senior Payton Alsobrooks both had four hits, while Emily Cimino had three hits and the team’s top five RBIs in the sophomore year.

Barjaktarovich opened the first game with a double to the left and scored two batters later with a Cimino singles. Cimino came home from Junior Addie Kittel and Junior Jaelynn Chesson scored a doubles from Senior Allyson Dibsie to give the Mountain Hawks a 3-0 lead before Delaware got the bat.

Delaware (7-0) combined the game with two runs in the second and one in the third, with the second and third runs being unmatched for newcomer Katelyn Young.

Delaware kicked off at the end of fifth place when Hannah Garber scored a throwing error from Cimino after a mistake in the middle.

Both teams scored six goals in the first game, but three Lehigh mistakes meant that only two of the five runs allowed by Young were earned. Young hit six and went three in six innings of work.

The second game started well for the Mountain Hawks too, who had the first three batters hit on two walks and a colorful single at the top of the first. Chesson then cleared the bases with a brace to the left, giving Lehigh another 3-0 lead.

Lehigh loaded the bases again in the second game with Cimino junior Melissa Fedorka with a sacrificial fly to give the Mountain Hawks a 4-0 lead.

Delaware responded with two runs in the third and two in the fourth to cut Lehigh’s lead to 5-4.

A dropped third strike enabled Lehigh to tackle two insurance runs in the fifth. Barjaktarovich reached after the hit, freshman Brooke Cannon followed with an infield single and Cimino doubled both home to restore a three-run pillow.

In the fifth home race, a walk, a double and a mistake put Delaware within 7-5 when Young came back to replace newcomer Ansley Dambach. A wild pitch and a single brought the tie runs home before Flores delivered another RBI double to put the Blue Hens in the front.

Lehigh was unable to tie the game against Emily Winburn, who pitched two goalless innings to save the game for Delani Sheehan.

The Mountain Hawks defeated the Blue Hens 12-9 but left 10 runners on the base and made two more mistakes. Alsobrooks went 3-4 and led Lehigh in the nightcap.

Dambach was charged with seven runs (six earned) in more than four innings. She went two and knocked out one.

The Mountain Hawks open the Patriot League game and their home schedule this coming weekend when they welcome the two-time Boston University defending champions to Leadership Park for four games. Lehigh and BU play doubleheaders Saturday and Sunday, with first place set at noon on both days.

No. 5 Mountain Hawks Drop Regular Season Finale at No. 16 Villanova