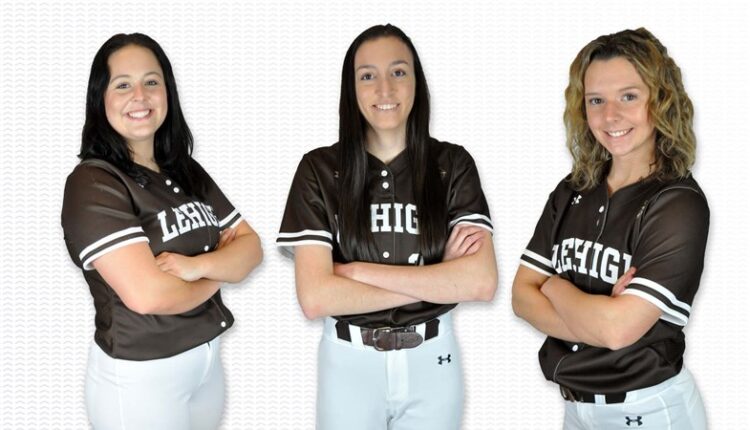 BETHLEHEM, PA. – After opening his season on Sunday with a double-header sweep of Sacred Heart, Lehigh won the Patriot League’s weekly softball prizes announced on Tuesday. The Mountain Hawks defeated the Pioneers 18-2 in a double-header sweep that showed a number of strong performances. The three Patriot League prizes went to Junior Jaelynn Chesson (Player of the Week), Junior Gabriella Nori (Pitcher of the Week) and newcomer Brooke Cannon (Rookie of the Week).

Chesson led Lehigh in each of their first two seasons in home races, picking up where they left off. In a 10-1 win in a game, she scored two goals. She hit a three-shot shot into the right center in the third inning that broke a 1-1 draw and put the Mountain Hawks into position for good. On her next stroke, Chesson hit a split home run to the left that extended Lehigh’s lead to 6-1. Chesson brought three more runs home on her final stroke when she noticed a bug with the loaded bases. She ended her career with five runs and had her second multi-home run game in her last four games dating back to last season.

After being limited to 10 innings due to injury last season, Nori returned with great effort in the first game, allowing a run with three hits with a walk and six strokes. Nori knocked out the first four batters, throwing 71 pitches over five solid innings before leaving by a nine-run lead. Senior Lainey Stephenson finished the run rule win in a goalless sixth place.

Lehigh’s freshman class was superb in game two, an 8-1 win at Mountain Hawks. Cannon started both games on second base and was 6-2 in both games, but their two hits were impressive doubles. In the first game, Cannon doubled left in her first career in bat and later tied with an RBI single from Junior Carley Barjaktarovich. Cannon gave Lehigh a 3-0 lead in the second inning of the nightcap.

The Mountain Hawks will visit a double header with the first pitch at Seton Hall on Sunday for the first game around noon from South Orange, NJ