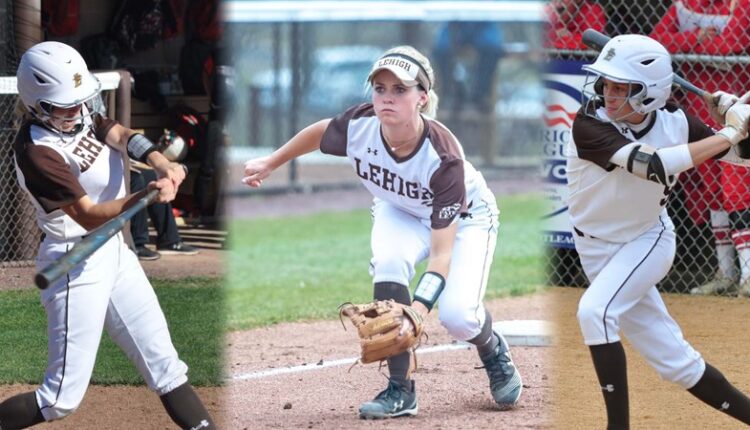 BETHLEHEM, PA. – With the start of the 2021 season on Sunday, Lehigh’s head coach Fran Troyan has announced that seniors Payton Alsobrooks and juniors Carley Barjaktarovich and Karsen O’Rourke will serve as team captains for the 2021 season.

“Payton, Carley and Karsen were chosen by their teammates and did a phenomenal job of preparing the team,” said Troyan. “They helped keep the team in a tremendous place mentally and emotionally and set the tone for the entire team. Adversity tests leadership, and these three people answered the call. They took over the culture that was from senior class last year and has significant added value. “

Alsobrooks has held the third base for the Mountain Hawks for the past two seasons. She had eight hits in 13 games in the shortened 2020 campaign, with four of the eight going for additional bases. Alsobrooks scored five runs and drove five last season. She started 52 games in 2019 and is a career .254 batsman with 30 RBIs and 32 runs in 99 games scored.

Barjaktarovich has started shortstop in all 72 Lehigh games in the last two seasons. Last year she led the Mountain Hawks with an average of .352 in 17 games with the team’s top 19 hits and two stolen bases. Barjaktarovich scored .307 in 55 games as a newcomer in 2019 with 50 hits, 21 runs scored, 18 RBIs and 13 steals.

O’Rourke is a versatile player who started on third base and all three field positions last season and is expected to be in second base in the mix in 2021. Last season she went on to record doubles with a pair 7-on-28 and scored five runs. O’Rourke appeared in 49 games as a freshman, registering 15 hits, 13 runs and five RBIs. She has started games in five different positions in her Lehigh career.

The Mountain Hawks are slated to open the 2021 season on Sunday, February 28, when they travel to Sacred Heart for a double-header. The first game starts at 11 a.m.

A Conversation with Beth Dolan, Interim Dean of the College of Health