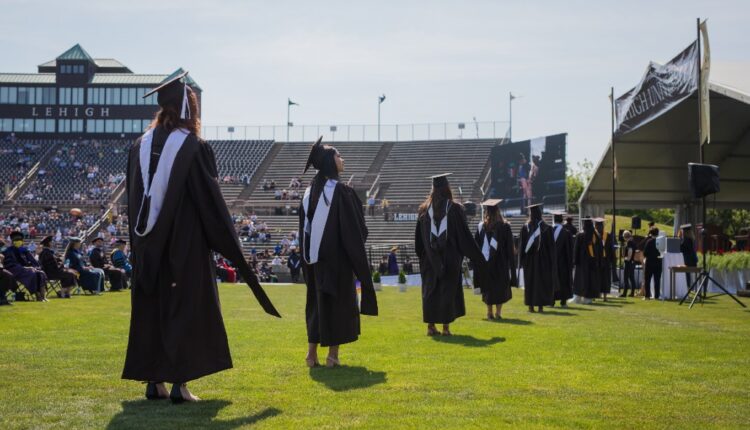 Simon then introduced speaker Joydeep Munshi ’21, who did a PhD in mechanical engineering.

Munshi noted the personal impact of the pandemic – his parents were absent due to the COVID-19 crisis his home country India is currently facing. He sympathized with his colleagues who were faced with a similar situation. Munshi not only thanked his parents, but also thanked his advisor Ganesh Balasubramanian, associate professor of mechanical engineering and mechanics, as motivator and mentor, and his wife for the support.

He also explained the difficulties he was facing before the pandemic – Munshi moved to Lehigh a few days after arriving in the US and starting at Iowa State University. The transition, which included another new time zone, cultural gaps, and geographic and environmental differences, proved difficult, Munshi said. His fortune eventually turned as he acclimatized, met his future wife, and began enjoying his research at Lehigh along with collaborating with research groups at other universities. It was the motivation, he said, as Balasubramanian said, “To achieve something groundbreaking, we will first build the path slowly and efficiently” that led him to an “incredible and unforgettable” trip to Lehigh.

In conclusion, Munshi quoted the Indian poet Rabindranath Tagore in the hope of motivating his fellow graduates to contribute and influence society: “Where the mind is fearless and the head is held high. Where knowledge is free. In this heaven of freedom, my father awakened my country. “

Just over 400 graduates attended Friday’s ceremonies, which were attended by more than 2,300, including guests, faculty and staff. The event was streamed live for graduates and their friends and family who were unable to attend.