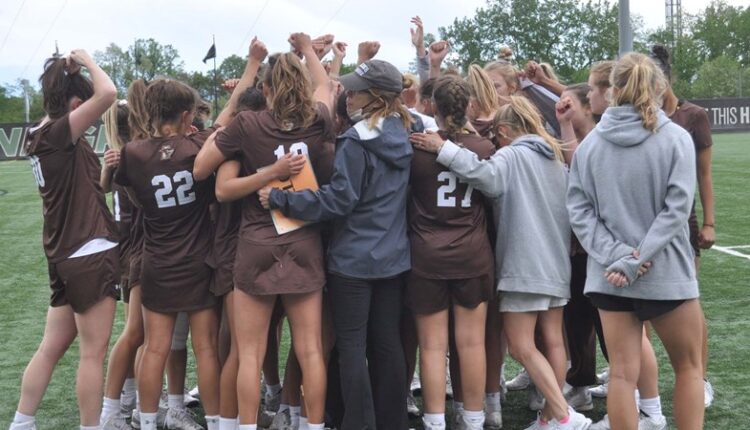 Lehigh Can’t Bounce Back From Early Deficit in PL Championship Game at No. 9 Loyola

BALTIMORE – No. 9 Loyola took a 9-2 lead towards the end of the first half, and although the Lehigh women’s lacrosse team doubled the greyhounds the rest of the way, the Mountain Hawks couldn’t get any closer than four in an 11 – 6 defeat on Saturday. With the defeat, Lehigh fell to 9: 4 and thus ended a memorable season in which it reached the Patriot League title game for the first time since 2010 and won two Patriot League tournament competitions for the first time in program history.

“This team never gives up,” said Lehigh’s head coach Jill Redfern. “Really proud of our performance in the second half after getting into that hole in the first half, but Loyola’s goalkeeper was really a differentiator in the game. Good luck to them who represent the league. I thought our team had one enormous season. “”

Proud of this team. #StrongerTogether pic.twitter.com/LgDKfQqjUl

Lehigh had advanced to the championship game on Saturday after two hard-fought victories against Navy (13-12, extra time) and Army West Point (10-8) in the quarterfinals and semifinals respectively.

Doctoral student Sondra Dickey was in the lead on Saturday with team highs for goals (3), points (4) and sales (4). In doing so, she became the program director of all time for generated sales in one season (41). Dickey ended the season with 26 turnovers in their last six games. She also graduated as a program manager for generated sales in a career (118).

Dickey, sophomore Gabby Schneider and PhD student Alexandra Ladda have all been called up to the Patriot League All-Tournament Team.

The Greyhounds took the lead 4-0, 6-1 and later 9-3. There were 46 seconds left in the first half. Dickey responded with three seconds in the first half to pull the Mountain Hawks in the half within 9-3.

Sondra Dickey hits the buzzer and pulls Lehigh in half within 9-3. Check out the second half on @CBSSportsNet. pic.twitter.com/VwB0xVa7ty

In the second half there were no hits from either side in the first half until Carnevale converted a free kick. Loyola responded, but goals from Schneider (at 2:58 p.m.) and Dickey (at 8:59 p.m.) got the Mountain Hawks within 10-6. That’s the next thing they’d come to, and the greyhounds added an insurance goal at 5:47 for the 11-6 final.

The final shots were 30-22 in favor of Loyola, while the greyhounds had a 19-10 lead on groundballs and a 13-6 lead on draw controls. Senior Samantha Sagi made seven saves, including the stop of four of the six she sent in the second half. Loyola’s Kaitlyn Larsson finished at 11. Lehigh’s defense shone on the track, allowing only two goals over the 30:46 final of the game.