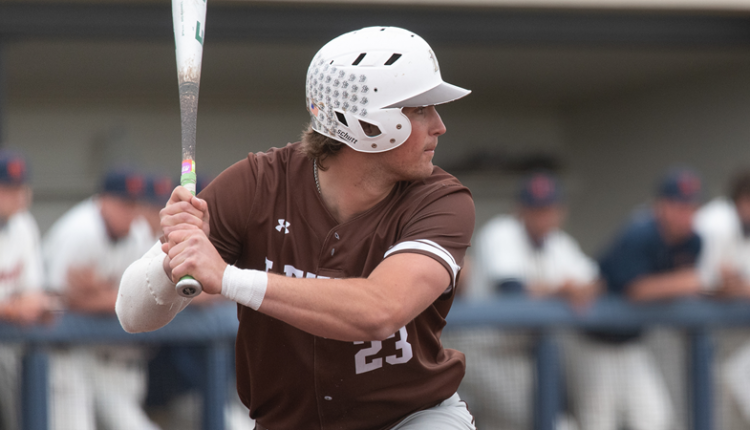 PHILADELPHIA – The Lehigh baseball team played their first non-league action in a month, falling 6-6-18 to La Salle in seven innings on Wednesday afternoon at Hank DeVincent Field. The loss is only the fourth in the entire season for the Mountain Hawks on the road as they drop to 14-12 overall.

Highlighted by the solid offensive performances of Junior Casey Rother and Senior Eric Cichocki, the duo scored five hits in seven in bats. Rother went 3v4 with three RBIs, while Cichocki went 2v3 with a double, a walk and three runs scored. With his trio of basic hits, Rother expands his basic series to 21 games in a row.

Lehigh made quick work of the La Salle starting pitcher in the first inning when Cichocki led the competition with a doubles and Gerard Sweeney knocked him into the field with a 1-0 midfield to give the Mountain Hawks an early 1-0.

However, between the first second innings, the Explorers scored seven runs and took a 7-1 lead.

Rother recorded his first of two RBI singles in the third inning, followed by an RBI single on the right side of Andrew Nole, making it a 7-3 game.

La Salle scored eight points in the third inning to take a 15-3 lead, but the Mountain Hawks brought back three in fourth after beating Sweeney and a two-RBI single for Rother.

The Explorers scored runs 16, 17 and 18 in the fourth inning and led 18-6 until second right-hander Ben Christian finished La Salle’s offensive with relief and completed two full innings without giving up a run, two hits and one Hit allowed from three batters.

Freshman Southpaw Drew Morse has been charged with the loss in his first career start by putting up only one inning and giving up five runs, three of them on four hits with two walks and a strikeout.

The Mountain Hawks return to J. David Walker Field in Legacy Park on Saturday for a Patriot League double header against Bucknell from noon.