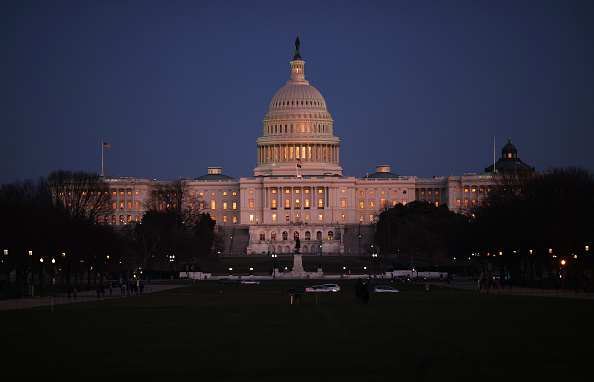 WASHINGTON — The U.S. Senate parliamentarian has turned down a plan to include a pathway to citizenship for millions of undocumented people in the $3.5 trillion reconciliation package, a blow for Democrats and immigration advocacy groups when the decision was disclosed late Sunday.

“We are deeply disappointed in this decision but the fight to provide lawful status for immigrants in budget reconciliation continues,” Senate Majority Leader Chuck Schumer, D-N.Y., said in a statement. “Senate Democrats have prepared alternate proposals and will be holding additional meetings with the Senate parliamentarian in the coming days.”

The opinion by Elizabeth MacDonough, the Senate’s nonpartisan parliamentarian, was a setback for the Biden administration and Democrats who would have to reach 60 votes in the Senate for any immigration reform, rather than a simple majority through reconciliation, a process reserved for matters that affect spending, revenues, the deficit or the debt limit. The Senate is evenly split between the parties.

Schumer said that his party will “continue fighting to pursue the best path forward to grant them the ability to obtain lawful status.”

If accepted by the parliamentarian, the Senate’s proposal would have provided the Senate Judiciary Committee with $107 billion for “lawful permanent status for qualified immigrants.”

The House’s proposal is more specific and would have provided a pathway to citizenship for those in the Deferred Action for Childhood Arrivals program, often referred to as Dreamers; farmworkers; those who hold a Temporary Protected Status, meaning they are unable to return to their countries; and essential workers.

There are more than 11 million undocumented people in the U.S., according to the Migration Policy Institute, a nonpartisan think tank that studies migration. The proposal would have affected dozens of states with high immigrant populations such as Florida, California, Texas, Georgia, New Jersey, Virginia, Maryland and Pennsylvania.

Immigration grassroots advocacy groups like Living United for Change in Arizona, or LUCHA, and We Are CASA, expressed their disappointment.

“The thing that I want to say to you at this moment is that we are still in this game, and we are not going to back down,” CASA Executive Director Gustavo Torres said in a statement. “The Dems have the power to deliver, and they have committed to doing that. This is a movement moment and we must be committed to holding the line.”

The co-executive directors for LUCHA, Alex Gomez and Tomas Robles, said that the Biden administration and congressional Democrats should find other avenues to provide a pathway for citizenship.

They also called upon U.S. Sens. Kyrsten Sinema and Mark Kelly of Arizona, both Democrats, to take up the fight as well.

“Tonight’s decision by an unelected Senate staffer is unacceptable, but it’s not the end, they said. “It’s been 35 years since the last time major reform was passed. We are in a once-in-a-generation opportunity to once and for all provide citizenship this year for millions of immigrants who continue living in the shadows while providing essential services to our communities and the economy.”