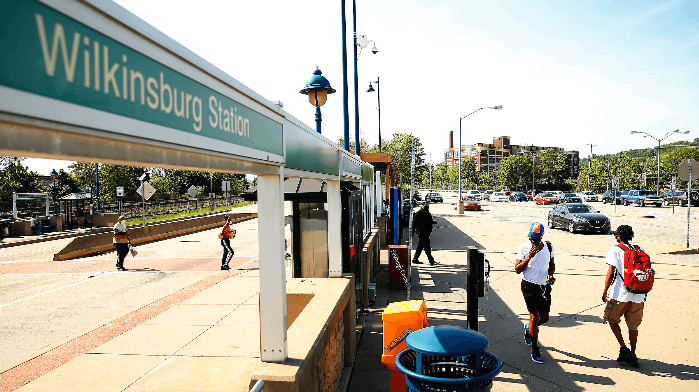 If Pgh. and a suburb merge, the Steel City’s controller says it should spur more municipal consolidations

PITTSBURGH — Allegheny County is home to over 100 municipalities, more than any large county in America. Pittsburgh City Controller Michael Lamb wants the region to start thinking about shrinking that number by merging and consolidating municipalities.

And he thinks a potential merger between Wilkinsburg borough and the city of Pittsburgh can start a trend.

Community advocates and Wilkinsburg Mayor Marita Garrett have come out in support of an effort to merge the borough with the city of Pittsburgh.

Merger supporters cite the tax benefits that would be gained by joining the city, as well as noting the fact that most of Wilkinsburg public services are already run by Pittsburgh city departments. Some Wilkinsburg residents and borough council members are opposed to the effort, citing the borough losing its self-governance.

But Lamb has joined groups such as the Wilkinsburg Community Development Corporation in supporting Wilkinsburg merging with the city of Pittsburgh. Lamb is the highest-profile politician yet to support the merger.

At a June 30 press conference, Lamb shared details about Pittsburgh’s finances, highlighting the benefits of Wilkinsburg joining the city, including that the merger would help keep Pittsburgh above 300,000 residents.

He noted that any annexation into Pittsburgh would be new territory for people currently working in city government, since the last time the city annexed a municipality was in 1927, when Carrick was merged into city limits. However, Lamb said that shouldn’t deter people from thinking about consolidation as a way to help municipalities.

“But it’s a conversation that we, in this region, need to have all the time,” Lamb said. “I’ve talked to many of you about this problem we have about this fractional system of government, how costly it is, how ineffective it is.”

Lamb added that issues like storm water management become harder with so many different municipalities.

“Storm water doesn’t know municipal boundaries,” he said, explaining further that many issues towns have to deal with — like crime and opioid deaths — aren’t relegated to town boundaries.

“I hope that [Council] allows Wilkinsburg to determine their fate … I think from the city’s perspective” that it’s positive.

Municipal consolidations have seen some success at improving services and regions’ competitiveness, but academics are split on whether mergers and annexations should be seen as panaceas.

Consolidation proponents argue, however, that when municipalities get too small, they don’t have the tax base or the capacity to provide services their residents need. In Allegheny County, some municipalities have less than 100 residents. And many towns already fail to provide basic services such as policing for its residents, and instead rely on county or state governments to provide those.

Lamb said he supports a merger between Pittsburgh and Wilkinsburg because he believes it would make government services run more efficiently, and to keep Pittsburgh above 300,000 residents.

The city has been shrinking for years and is very close to dipping below that threshold. Lamb said that many people, including officials from the Government Financing Officers Association of Pennsylvania, will consider Pittsburgh a “small municipality” if the city were to drop below 300,000, and he said that is “not good for Pittsburgh.”

In his press conferences, Lamb encouraged other municipalities throughout the county and region to start talks about consolidation.

“This isn’t just the city, this is all of our communities,” he said. “Our suburban communities need to be talking to their neighbors about how they can better serve their constituencies. And the city of Pittsburgh and the borough of Wilkinsburg are having that conversation right now.”

Delta Variant Surges in Colorado as the Bands Play On