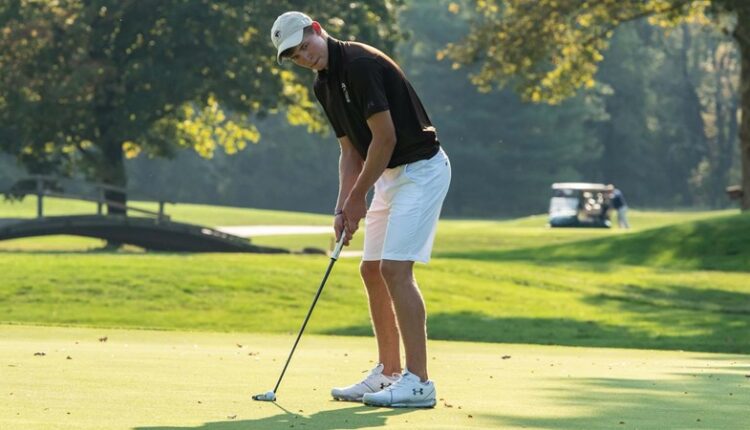 SPRINGFIELD, PA. – At its first event of the spring season, the Lehigh men’s golf team shot 298 and finished ninth of 13 teams in the Rolling Green Intercollegiate on Saturday at the Rolling Green Golf Club. Sophomore David Hurly went ahead and shot one over par 71 to finish sixth in the one-day event.

Hurly led the way when five of the six Lehigh contestants of the day shot 78 or better.

Owen Quinn, fifth year senior, shot 74 and finished 25th. Freshman Edmund Broderick carded a 76 in his first round of college, finishing in 38th place. Sophomores Joey Dotta and Sam Barton also shot in the 1970s, with Dotta finishing 49th at 77 and Barton finishing 54th at 78.

The sixth Lehigh participant was the newcomer Marco Arosemena, who shot 84 and finished 72nd.

Rhode Island shot over par 285 as a team five to win the team title, beating Bucknell and Monmouth with two strokes.

Monmouth’s Erik Stevens was the individual medalist after a round of 68. He beat Villanova’s Noah Peck in one fell swoop.

The Mountain Hawks are returning to Villanova’s Wildcat Invitational April 12-13.