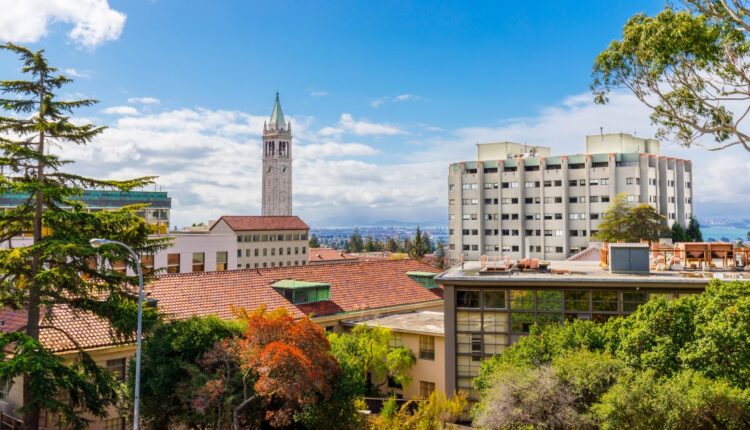 Helen Diller Family Foundation Commits $300 Million for Dorms at the U. of California at Berkeley

Here are notable new scholarships put together by the Chronicle:

$ 300 million to the University of California at Berkeley to buy several historic buildings off campus and convert them into a 14-story 772-bed dorm complex, primarily for undergraduate students and those coming from community colleges to the Change university.

The university announced the grant to start Anchor House in January, but the amount and name of the foundation were only revealed in advance of a Council of Regency vote earlier this month to approve it.

$ 40.4 million in grants to improve the lives of Ohio people. The grants include $ 1 million to the United States Energy Foundation to expand their Power a Clean Future Ohio project and the Ohio Climate Justice Fund.

$ 27 million over five years to advance policies and programs to expand access to sexual and reproductive health and rights around the world. At least a third of the engagement goes to organizations led by women, young people and LGBTQ + people.

$ 24.5 million to 48 beneficiaries for continuing pandemic recovery efforts in Texas with an emphasis on promoting health justice and helping children and families. Among the fellows, United Way for Greater Austin received $ 1 million for early childhood services.

$ 15 million to Howard University to create the Center for Journalism and Democracy, led by journalist Nikole Hannah-Jones. The Knight Foundation has also donated a chair at the historically black university in her honor. Each foundation donated $ 5 million, along with another $ 5 million donation from an anonymous donor.

$ 15 million to 100 social justice organizations focusing on mass incarceration, homelessness and other racial justice issues in New York City. The grants range from $ 40,000 to $ 750,000.

$ 9 million to 74 black-led groups across California for general operational support.

US $ 6 million to the Fallen Journalists Memorial Foundation to raise a memorial to journalists killed in Washington. The Annenberg Foundation will raise up to $ 2.6 million from other foundations that are donating for early-stage funding.

$ 5 million to Lehigh University to donate the Iacocca Institute, which offers global leadership and entrepreneurship programs.

$ 4.1 million through the Generator Z program to support 93 community after-school programs for youth in southeast Michigan and west New York. The grants for this round ranged from $ 10,000 to $ 100,000 each.

$ 3.3 million in grants for Covid-19 vaccine distribution and public campaigns with local health organizations, support for schools in Indiana’s Delaware County, and other community development efforts.

$ 2.9 million over three years to support a fellowship program with 13 organizations to promote social, racial, and economic justice in their local communities. Each organization receives an unrestricted grant of $ 225,000 over a three year period to support their fellows.

$ 2 million to The City for general operational support for this nonprofit digital news agency. The scholarship will also help expand audiences and cover public affairs that are important to New Yorkers.

US $ 1 million to the Smithsonian National Air and Space Museum for the new Thomas W. Haas We All Fly Gallery.

$ 1 million to the Israel Philharmonic to establish the chair of music director.

$ 1 million over five years to the Discovery Museum to develop local renewable energy, reduce water use, minimize waste, and create an environmental education program at this children’s museum in Acton, Massachusetts.

The American Bar Endowment accepts proposals for Opportunity Grants that support legal research, projects, and programs. It supports projects that improve access to legal services, promote the rule of law, improve the justice system, and strengthen civic engagement and understanding of the legal system among the general public. Optional letters of intent are due on August 18th, full proposals on October 1st.

Chronicle of Philanthropy subscribers also have full access to GrantStation’s searchable database of funding opportunities. Further information can be found on our funding page.