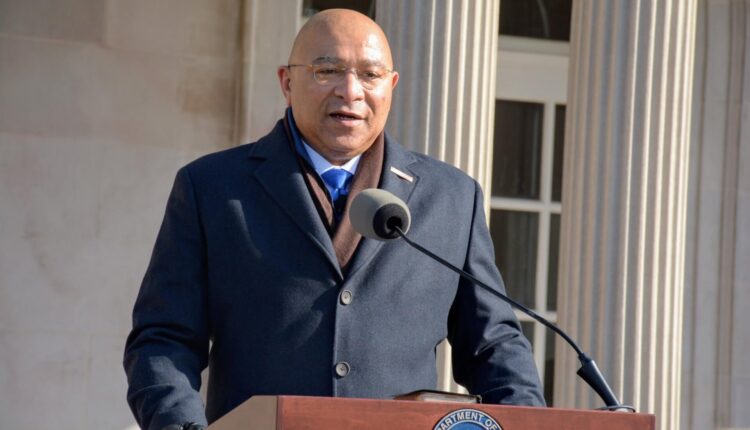 But the problem? There is nothing requiring that the state’s auditor general spend the dollars on such audits in the recently passed, but still unsigned, 2021-22 budget.

In the 650-plus pages of budget-related legislation, there are many places to hide such a legal mandate for newly elected GOP Auditor General Tim DeFoor.

The voluminous pages of legalese already contain language requiring the auditor general to use $500,000 to audit Department of Human Services contractors, as well as allowing the row office to audit certain county water and sewage authorities if they increase rates.

But there is zero mention of election audits, according to a Capital-Star review of the legislation. And according to DeFoor’s office, his department will require legal authorization in the form of legislation passed by the General Assembly and signed by Gov. Tom Wolf, to start auditing election results.

There have been audits of state’s election infrastructure, such as a 2019 report by former Democratic Auditor General Eugene DePasquale on the state’s voter registration system.

But it’s unclear if current state law allows DeFoor to look into the outcome of an election, said April Hutcheson, told the Capital-Star.

State law only grants the auditor general access to the accounts of public officials, not voting machines that may or may not be purchased with state dollars.

“If that is something the Legislature and governor decide they want to move forward with, and the legislation passes, the general would implement it,” Hutcheson said.

Such an agreement is highly unlikely. But the idea of election audits has been tossed around by GOP politicians for the past few months.

The push for election audits comes after Trump fired up Republicans with baseless claims of voter fraud. That call was echoed, in varying degrees, by Pennsylvania’s legislative Republicans.

Mike Straub, Cutler’s spokesperson, told the Capital-Star that creating that new bureau in DeFoor’s agency was a top priority for Cutler this budget season.

While the auditor general received $5.6 million total in new funding, $3.1 million, in Cutler’s eyes, is for auditing elections. That price tag came from DeFoor, Straub added.

“In the budget, we made sure we got the funding done so [DeFoor] could start the process and build the bureau,” Straub said. The department would audit future elections, not the 2020 election, he added.

The total funding boost is just a smidge under the $5.7 million DeFoor asked for during an April budget hearing.

But that funding increase was necessary, DeFoor said, just to maintain the row offices current duties. By law, the office’s 380-some employees must conduct thousands of audits a year, from school districts to volunteer fire companies.

“The department has been trying to do the work of 500 people while currently being funded at the same level it was in 1992,” DeFoor told lawmakers.

DeFoor asked for the boost to hire new employees and acquire new technology to complete those required duties, Hutcheson noted. And while the office has estimated it would cost $3.1 million to set up an election audit department, that would be on top of the requested $5.7 million.

At least one draft of the 2021-22 budget shared among legislative Republicans included a specific line item calling for $3.1 million in additional funding to the auditor general’s office for election audits.

Erica Clayton-Wright, a spokesperson for Senate Majority Leader Kim Ward, R-Westmoreland, told the Capital-Star in an email last Friday that the draft copy was “out of state” at the time.

After discussing that draft internally last Thursday night, Republicans learned that the House made a decision to put the $3.1 million into the auditor general’s general operating budget instead of a separate election audit appropriation.

Straub did elaborate on why the specific budget line for election audits was removed.

“People determined it made more sense to just increase their standard funding line because that funds [the department’s] standard audits,” he said.

Straub added that “if the auditor general comes back and says ‘this is not enough, I must have a bill to get this done,’” the legislature would consider more legislation on the matter.

Wolf has the ability to issue a line-item veto when signing budgets. This means he can reject a single budget item without tossing out the entire bill. That could be a key tool for Wolf as he considers a negotiated budget with wins for both the Democratic administration and legislative Republicans.

“We’re continuing to review the general appropriations bill and code bills before the governor takes action this week,” administration spokesperson Lyndsay Kensinger said in an email.

Legal recognition for transgender, nonbinary Pennsylvanians doesn’t come easy. Here’s why some are calling for change