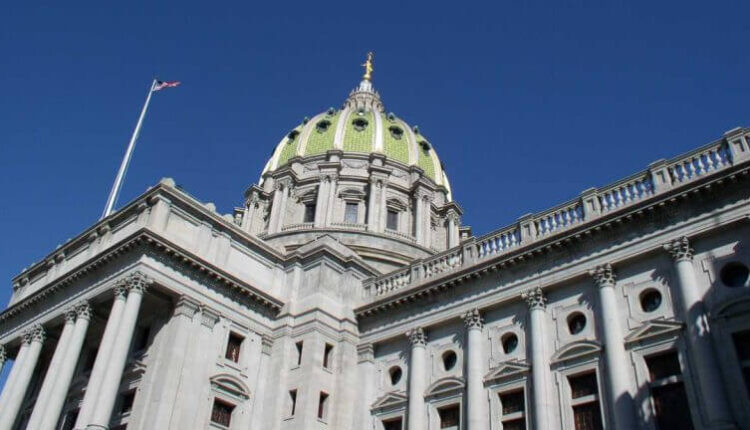 General Assembly Republicans are all in on the House GOP’s 150-page election bill to rewrite Pennsylvania’s election code with tighter deadlines, stricter voter verification requirements, and more controls on how voters return ballots.

The proposal passed the state House by a 110-91 margin Tuesday evening, and a Senate vote could follow within the week, sending the bill to Gov. Tom Wolf’s desk.

Republicans pushed it as an attempt to standardize and modernize elections while increasing security measures. But Democrats, such as state Rep. Malcolm Kenyatta, D-Philadelphia, decried the effort as “voter suppression in bad drag.”

The push for changes to election law comes after a months-long campaign from former President Donald Trump to overturn the 2020 election on unsubstantiated claims of voter fraud, and as states across the country implement tighter voting laws in response.

The sudden bicameral support for the legislation sponsored by House State Government Committee Chairman Seth Grove, R-York, comes after state House and Senate Republicans appeared split on how to fix state election law. The lower chamber expressed an interest in passing an omnibus overhaul, but the upper chamber seemed focused on targeted fixes.

Specifically, Senate State Government Committee Chair David Argall, R-Schuylkill, said he’d pass a bill that only allows counties to process mail-in ballots before Election Day, and moves back the deadlines to apply for a mail-in ballot.

County election officials have been asking for these changes for more than a year, to no avail.

In a meeting announced Monday, Argall’s committee appeared set to advance such a bill. By Tuesday morning, his proposal was not called up for a vote.

“It’s confusing to debate two different election code bills at the same time — one in the House, one in the Senate, one today, one tomorrow,” Argall told the Capital-Star of the delayed vote. “So we thought, let’s go with the bill that’s been moving for quite some time and has been the subject of countless public hearings.”

Instead, Argall told the committee to read up on Grove’s legislation, HB 1300, and be prepared to take a vote on it this week.

It was too early to tell, Argall added, if the Senate would make any changes.

But Wolf has already indicated he’d veto any bill that increases the ID requirements for voters, meaning Grove’s proposal is likely dead on arrival if it hits the governor’s desk.

“The lawmakers behind this bill are the same ones who asked Congress to throw out PA votes and whose lies directly contributed to the Jan. 6 insurrection,” Wolf said in a tweet. “I will veto this bill if it reaches my desk in its current form.”

The lawmakers behind this bill are the same ones who asked Congress to throw out PA votes and whose lies directly contributed to the Jan. 6 insurrection.

I will veto this bill if it reaches my desk in its current form.

Grove authored and organized the Dec. 3 letter from the Pennsylvania legislature to Congress asking for the body to reject the commonwealth’s electoral votes. Dozens of GOP state legislators signed on, rejecting what legislative leaders had termed “irregularities” in voting.

The shadow of the post-2020 election fight, in which Trump tried to use baseless claims of voter fraud to overturn his loss.

Early in the House debate Tuesday, House Speaker Bryan Cutler, R-Lancaster, ordered lawmakers not to reference the Jan. 6 storming of the U.S. Capitol — when Trump’s supporters tried to interrupt Congress’s certification of the Electoral College.

Still, Trump’s efforts, and the state Republicans who aided him, hung over the arguments.

“If we’re going to lose democracy, it’s going to be because of misinformation coming from elected officials,” said state Rep. Anthony DeLuca, D-Allegheny.

Republicans pointed to a new bill of rights for seniors and voters with a disability and the creation of in-person early voting in 2025, as signs that their bill expanded voting access — though Grove and his fellow Republicans defeated an effort from a moderate member to allow counties to start early voting earlier in a procedural vote Monday.

The bill also requires county election boards to “review any polling place where voters waited longer than 30 minutes to cast a ballot and to identify and enact plans to alleviate any such waiting time for future elections,” and pays for half of counties’ upgrades to meet the bill. Grove estimated the price tag at $90 million.

However, the proposal also moves back the deadline to apply for an absentee ballot before an election by eight days; the deadline to register to vote by 15 days; and it restricts how many ballot return sites counties can set up, and for how long they can accept ballots.

The bill was also changed with floor amendments on Monday. Among the approved changes are a study of online voting for the homebound and overseas voters, and a crime charging those who threaten election officials with a second degree misdemeanor, punishable by up to four years in prison and a $10,000 fine.

Creating that new penalty to protect local officials from irate voters and partisans is an important fix, said Forrest Lehman, director of elections in Lycoming County.

“It’s sad we need it, but we need it because it’s happening,” Lehman told the Capital-Star.

Since Pennsylvania expanded mail-in voting in 2019, one- third of county election chiefs have quit their positions, Lehman said, because of the increased stress and attention on their job.

Otherwise, Lehman echoed earlier concerns that Grove’s bill makes many changes when counties have been clear that their wishlist is much smaller.

And watching the Senate back off its “clean” bill, which moves back the deadline to request a mail-in ballot by eight days and gives counties a week to process mail-in ballots before election day, Lehman said he was “incredibly disappointed.”

After months of lawmakers asking county elections officials for what they need, “it’s a real shame to see the thing that’s exactly what we need not be supported,” Lehman said.