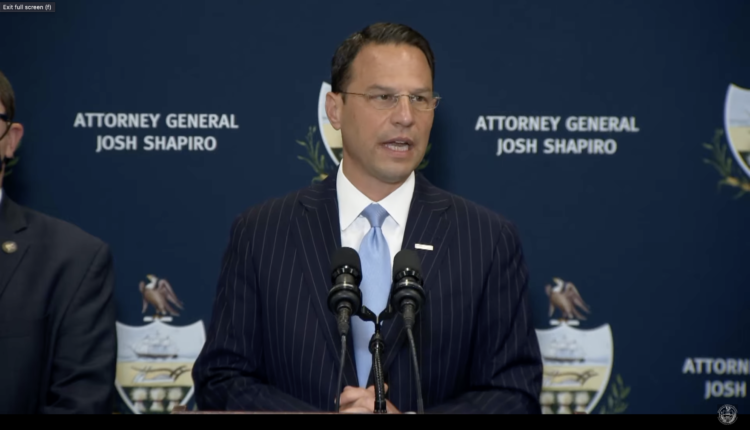 The endorsements came as Shapiro, the sitting attorney general, continues an effort to woo moderate Republicans for the November election by showcasing his willingness to reach across the aisle and by casting Mastriano as too extreme for his own party.

Former U.S. Rep. Charlie Dent, who was elected to Congress seven times in his Lehigh Valley district, said his endorsement of Shapiro is a departure for the lifelong Republican, but he believes Shapiro has the ability to bring the parties together to accomplish his goals of improving the economy and schools and keeping residents safe.

T“Doug Mastriano, on the other hand, is an extremist who is a threat to the rule of law and the constitutional order,” Dent said in a statement released by Shapiro’s campaign.

Mastriano, a state senator from Franklin County, is in the right wing of the Republican party and has said he would ban abortion under all circumstances and has proposed legislation he said would address purported election fraud.

Shapiro’s campaign also highlighted on Tuesday that Mastriano marched in a suburban Philadelphia parade with a group waving the flag of the Three Percenters, a far-right extremist group whose members have been charged in the Jan. 6, 2021 insurrection at the U.S. Capitol.

Mastriano has also faced criticism for his presence at the Capitol that day and was subpoenaed by the U.S. House committee to investigate the Jan. 6 attack.

The other current and former elected officials in what the campaign described as the first wave of endorsements from Republicans include:

“I have proudly voted for the Republican candidate for Governor throughout my life, but I cannot vote for someone as extreme and dangerous as Doug Mastriano,” Greenwood said. “Mastriano continues to fan the flames of division, doubling down on his threats to undermine our democracy and attacking anyone who dares to criticize him.”

Greenwood said he believes Shapiro will protect democracy and unite leaders to serve the state.

O’Brien said he knew Shapiro from his tenure  in the state House from 2005 to 2011, and lauded his support of “some of the strongest ethics reforms in Pennsylvania’s history.”

“As attorney general he’s continued to work with Republicans and Democrats alike to get things done. That’s a stark contrast with his opponent, who continues to divide us and waste time and taxpayer money on his conspiracy theories and plans to upend Pennsylvania’s elections,” O’Brien said.

Schultz Newman as the state’s first woman justice said she understands the stakes of the governor’s race.

“We must elect Josh Shapiro, because he’ll lead with integrity and always be honest with the people of Pennsylvania,” Schultz Newman said.

Inside the Field: Mitsubishi Electric Classic