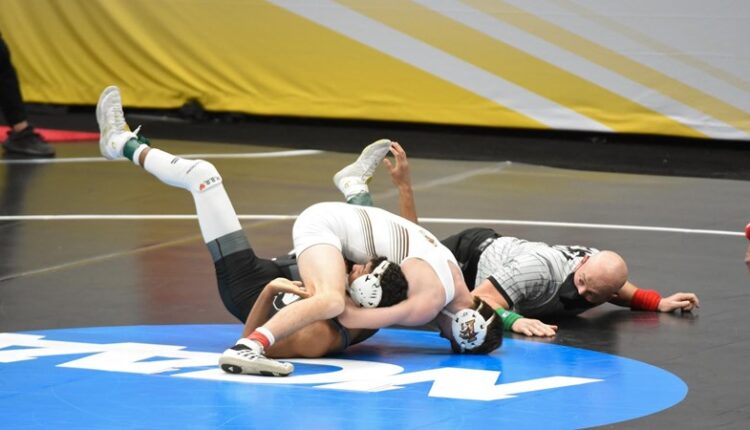 All five survivors must win three games on Friday to secure a podium spot.

On the backside, Junior Jaret Lane got the best win in session two, adding bonus points with a pin from Binghamton’s Micah Roes in the third period at 125. Lane built a 6-0 lead after two periods, building his lead to 9-0 from the third before Roes is rolled up for the fall at 6:14 am. He will next face Liam Cronin of Nebraska in a seed # 14 and # 13 matchup.

The other wrestler who stayed alive in Consolation was freshman Jake Logan, who battled Appalachian State’s Thomas Flitz for 11 minutes. The match ended 3-3 after two rounds of tiebreakers. The time advantage allowed Logan to win and advance to the second day. He’s next up against Army West Point’s Ben Pasiuk.

Two of the three Lehigh wrestlers in the round of 16 met top opponents. At the age of 133, newcomer Malyke Hines met Oklahoma State’s Daton Fix No. 1. Hines followed 2-1 in the second game when Fix took advantage of an insider trip to put Hines on his back and score the 3:40 fall. Next up for Hines is Appalachian State’s Sean Carter.

Senior Jake Jakobsen faced Michigan’s Myles Amine in 197 in a 16v1 match. An early farewell was the difference for Amine, who won 4-2. Jakobsen meets Eric Schultz from Nebraska, the second seed, in the second consolation round.

At the age of 285, Jordan Wood fell into consolation after a 12-2 win over Penn State’s Greg Kerkvliet. Kerkvliet opened a 3-1 game with one takedown and four near-fall points in the second half. Wood’s consolation journey begins with Sam Schuyler of Buffalo, Seed # 26.

Five Mountain Hawks were eliminated in Friday night’s session. The newcomer Luca Frinzi dropped a pigtail consolation to Markus Hartman from Army with 3-0 at 157. Classmate Connor McGonagle gave up four near-fall points in the second period, which made the difference in a 7-3 loss to Michigan’s Drew Mattin with 141.

Junior Jimmy Hoffman led 4-2 after another and was drawn 5-5 early in the third round when he fell victim to a six-point move by Josh Finesilver of Duke. Hoffman, a two-time qualifier who first competed with Nationals, fell 13-7.

Sophomore Brian Meyer fell 2-0 against Cole Moody of Wyoming after failing to come out from below in the third half.

As expected, Iowa leads the team race after day one with 33.5 points, followed by Penn State and Missouri. Lehigh ranks 17th against Central Michigan with nine points.

The NCAA championships will continue on Friday with sessions 3, 4, and 5 from the Enterprise Center. Sessions 3 and 4 with the quarter-finals of the championship and two consolation rounds begin at 10 a.m. and 2 p.m. and will be broadcast on ESPNU. The semi-finals, as well as the fourth and fifth rounds of consolation, will begin at 7 p.m. CT and will be aired on ESPN. Streaming coverage of each mat continues on ESPN3 and the ESPN app.