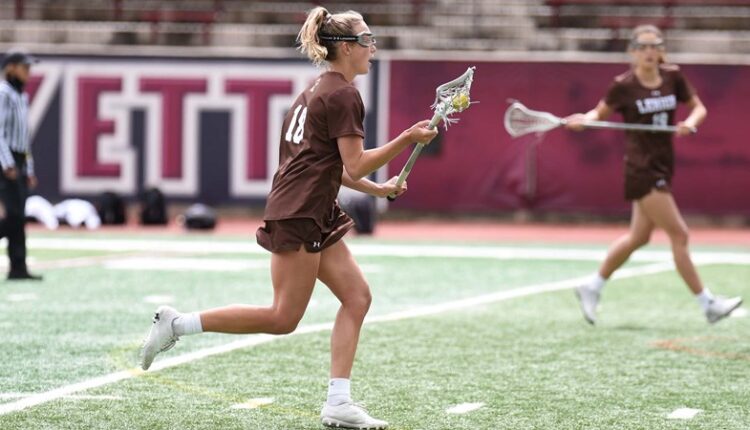 BETHLEHEM, Pennsylvania – For the sixth time in nine weeks this season, Lehigh lacrosse student Sondra Dickey won a weekly Patriot League award for being named League Midfielder of the Week on Monday. Dickey filled in the statistics for Saturday’s 18-5 win at Lafayette, recording two goals, an assist, seven tie controls, a career high of six groundballs and a career high of six caused sales.

In nine weeks of the regular season, Dickey has been voted midfielder of the week five times and defensive player of the week once. The award on Monday marks Dickey’s weekly awards in the Patriot League’s 14th career.

After Lafayette scored his fourth goal at 8:38 in the first half, Dickey and the Mountain Hawks ruled the Leopards out for the next 32:04, allowing only one goal over the final 38:38 of the game. Dickey and the defense allowed only 10 shots on goal for the game. During the season, Dickey has 28 goals, 32 points, 27 ground balls, 25 lost balls and 40 draw controls.

Senior Samantha Sagi and sophomore Gabby Schneider were also named as Honorable Mention on the Patriot League’s weekly list of honors. Sagi made five saves and allowed only five goals. She stopped four of five shots in the second half to keep the Leopards at a season low of five goals. Schneider meanwhile recorded three goals and three assists, their fifth game in a row with at least four points.

The Paul Short Run is Back