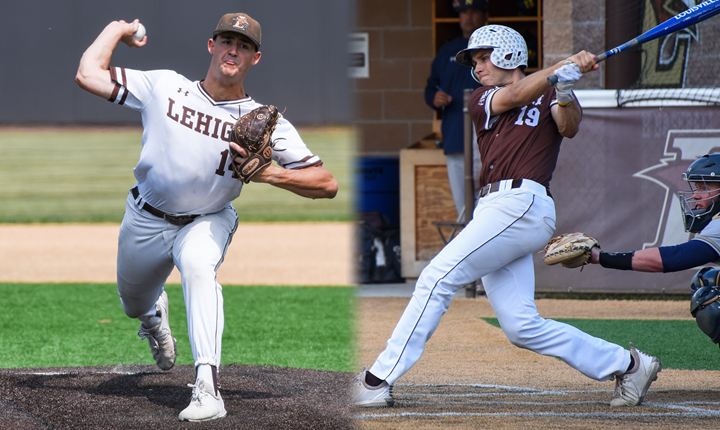 BETHLEHEM, Pennsylvania – A pair of student athletes from the Lehigh baseball program have been named Academic All-District 2 Selections by CoSIDA for their excellence in the classroom and on the field for the 2021 season, announced Thursday afternoon. Junior right-handed pitcher Mason Black and senior outfielder Eric Cichocki were honored for their achievements.

Black and Cichocki represent only the third and fourth Academic All-District selections in program history and the first since Chris Kersey in 2018.

Black has a cumulative grade point average of 3.80 in bioengineering and was one of three Lehigh players named to the Academic All-Patriot League team in May. On the field, he was named Patriot League Pitcher of the Year and a First Team All-Patriot League selection, going 7-3 with a 3.11 ERA in 13 starts. He hit a single-season record of 95 thugs, 31 on foot, and kept the hitter at an average of 0.235. In addition to his league awards, Black received the ABCA / Rawlings First Team All-East Region awards. A highly acclaimed candidate in the upcoming MLB draft, Black will become the 18th player in program history to be drafted when he hears his name.

Black on the list is joined by Cichocki, who was also named to the selection of the Academic All-Patriot League. He achieved and was recognized for a cumulative GPA of 3.94 in Mechanical Engineering and IBE Finance. Took the right field for the first time in his career, Cichocki had a strong season and was named to the First Team All-Patriot League for the first time. He slashed .297 / .424 / .406 with 47 hits, a team-best 12 doubles, 15 walks and nine stolen bases in his 41 games.