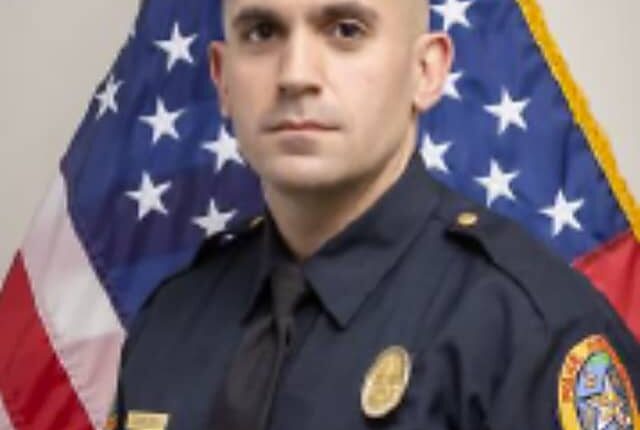 The Lehigh Valley Community mourns a Bethlehem police officer who died by suicide on July 4th.

Matthew Ragusa was “a sign of light to countless citizens who needed hope in their darkest hour,” wrote Robert Corsi.

Organized courses GoFundMe to help with funeral expenses and other needs for his wife Stephanie and three sons Xavier, 13, Braxton, 10, and Lex, 6. The campaign had raised more than $ 33,000 by Thursday evening.

Prior to joining the Bethlehem Police Department in 2015, Ragusa served as a sergeant in the United States Marine Corps during Operation Iraqi Freedom.

In Bethlehem, he supervised new officers as a Field Training Officer (FTO), served as a member of the Emergency Response Team and received several letters of appreciation and an award for merit.

Ragusa was also a lifelong resident of the Lehigh Valley, born in Wind Gap and a graduate of Pen Argyl Area High School, the campaign said.

“Our deepest condolences go to his family, who mourn this unimaginable loss,” said Bethlehem Police Chief Michelle Kott. wrote in a statement on Thursday.

“Please keep his family and brothers and sisters with the Bethlehem Police in your thoughts and prayers.”

Funeral services have not yet been announced.

“In the end, no matter how Herculean they appear, our heroes are just human,” wrote Corsi.

“We take for granted the burdens we put on them and the sacrifices they make for us. Let us not overlook Matt’s contributions in death. “

The national lifeline of suicide prevention is a national network of local crisis centers that provides free and confidential emotional support to people in suicidal or emotional distress 24 hours a day, 7 days a week. Call: 1-800-273-TALK (8255). Or send an SMS with CONNECT to 741-741.

Pa. families can opt for an additional year of learning. What to know before July 15 deadline