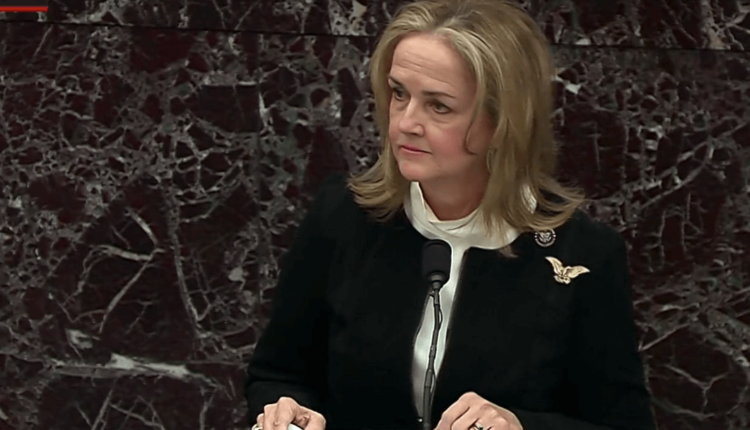 Ask Democratic U.S. Rep. Madeleine Dean what she thinks of her party’s chances of hanging onto their slender majorities on Capitol Hill this fall, and she’ll tell you she’s a “glass half-full kind of girl.”

“We’re gonna retain control of the House,” she predicted Monday during an appearance before the Pennsylvania Press Club.

But Dean, D-4th District, who’s twice won election to her Montgomery County-based seat, and is now running for a third term in what’s expected to be a tough year for Democrats, will just as quickly concede that she’s a realist.

“I am not giving up,” Dean said . ” … I think the headwinds that we’re up against, particularly in Pennsylvania … are real.”

Indeed, Republicans hold a narrow edge on what’s known as the “generic congressional ballot,” where voters are asked which party they’d prefer see controlling Congress. The GOP has an average lead of 2.5 percent (44.9-42.4 percent), according to the RealClear Politics polling average.

Speaking to a mixed crowd of journalists, policy types and business leaders on Monday, Dean acknowledged that she, too, could be in for tough sledding as she runs for re-election. She faces Republican Christian Nasciemento, a businessman and first-generation American, in November.

“You might have thought, ‘Oh, it’s just going to get easier and easier,” she said of the conventional wisdom for congressional incumbents seeking re-election.”Not this time. No, the headwinds are real. The polls actually show that. So I have to do everything in my power to be as strong as I can get my message out there,” she said.

With inflation raging and prices rising, Democrats have been working to blunt Republicans’ traditional advantage on the economy, pitching their competence to a key constituency: the parents of school-aged children, who put economic concerns at the top of their priorities list, according to the Los Angeles Times.

That concern is particularly acute among women, a core Democratic constituency, the L.A. Times reported, with nearly half of working mothers with kids aged 6-12 racking up credit card debt during the pandemic. Many women also reported struggling with financial insecurity as they scaled back their careers, according to the L.A. Times.

On Monday, Dean said she’d heard similar concerns from voters in her redrawn seat, which now stretches into Berks County. She expressed optimism that the economy would continue to improve, even amid predictions that the country will “narrowly avoid” a recession.

Democrats also are betting that women will be energized by last month’s U.S. Supreme Court ruling toppling Roe v. Wade, the 1973 landmark decision that granted the right to abortion.

A recent New York Times/Siena College poll showed rising support for abortion rights, with 65 percent of respondents saying abortion should be completely or mostly legal, up from 60 percent who responded the same way in 2020.

“I believe the voters of the Fourth Congressional District, many of them will be motivated by the Dobbs decision… for the protection of their rights across the board,” Dean said, referring to Dobbs v. Jackson Women’s Health Organization, the case that prompted the high court’s ruling returning abortion rights to the states.

An Aug. 23 special election in New York’s 19th Congressional District likely will provide an early test on whether the economy or abortion rights are the biggest issue in the 2022 midterms, Politico reported over the weekend. 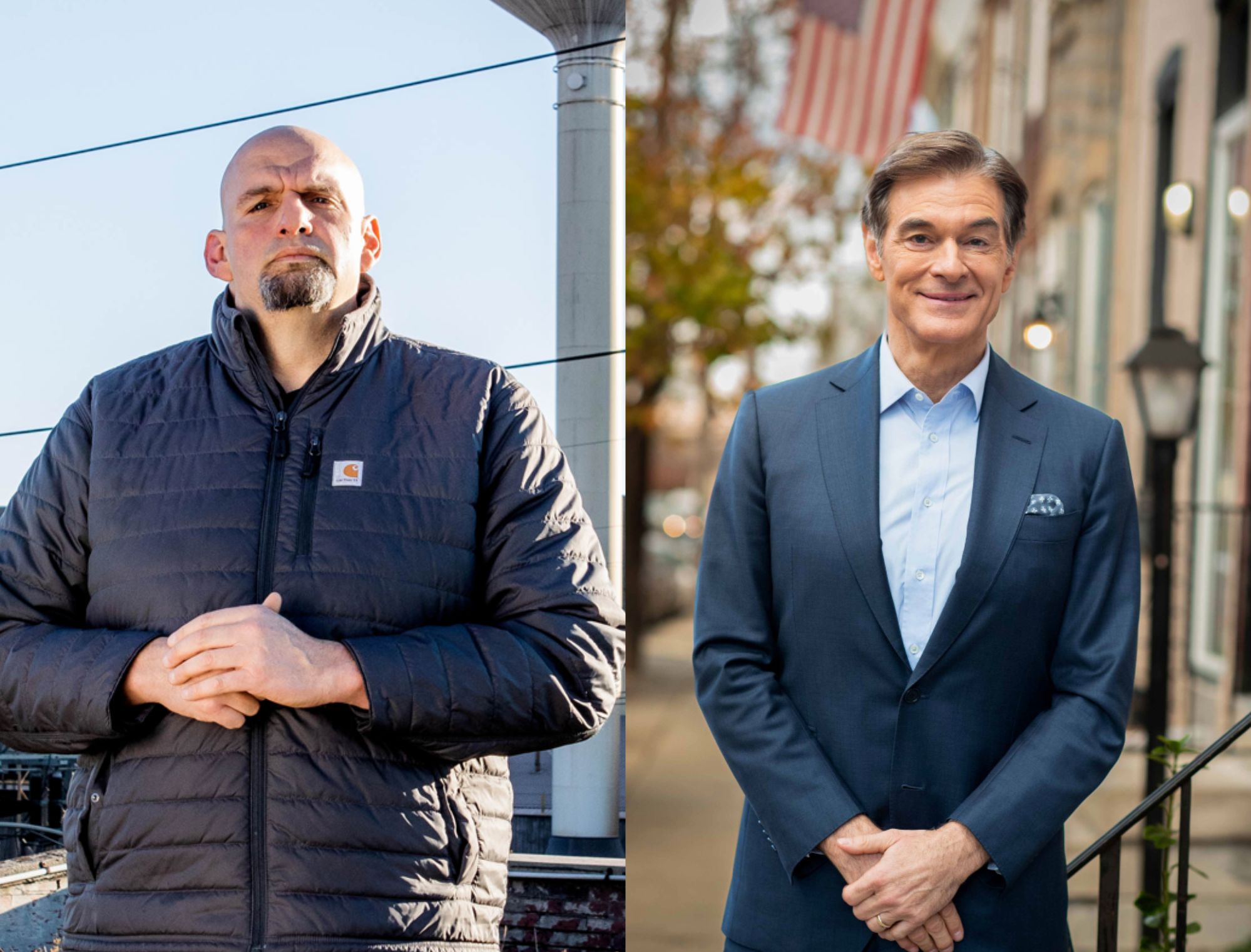 Like a lot of Americans, Dean said Monday that she’s closely watching the fight for control of the 50-50 U.S. Senate, where a handful of races, including the Pennsylvania contest pitting Democratic Lt. Gov. John Fetterman against Republican Mehmet Oz, a celebrity doctor from New Jersey, will determine control of the chamber. That’s key, because as the last few years have shown, the Senate confirms Supreme Court justices.

“I’m all in for John Fetterman,” said Dean, who also pointed to key Senate contests in Ohio, Florida, and Wisconsin as Democratic must-wins.

“So there’s four opportunities for pickups in the Senate,” she said. “What a difference that will be to break through the filibuster to move … legislation forward, instead of having two Democrats [U.S. Sens. Joe Manchin, of West Virginia, and Kyrsten Sinema, of Arizona] who won’t move Democratic legislation.”

She added: “I’m going to do everything in my power to make sure we elect more pro-choice, anti-gun violence Democrats in both [chambers].” 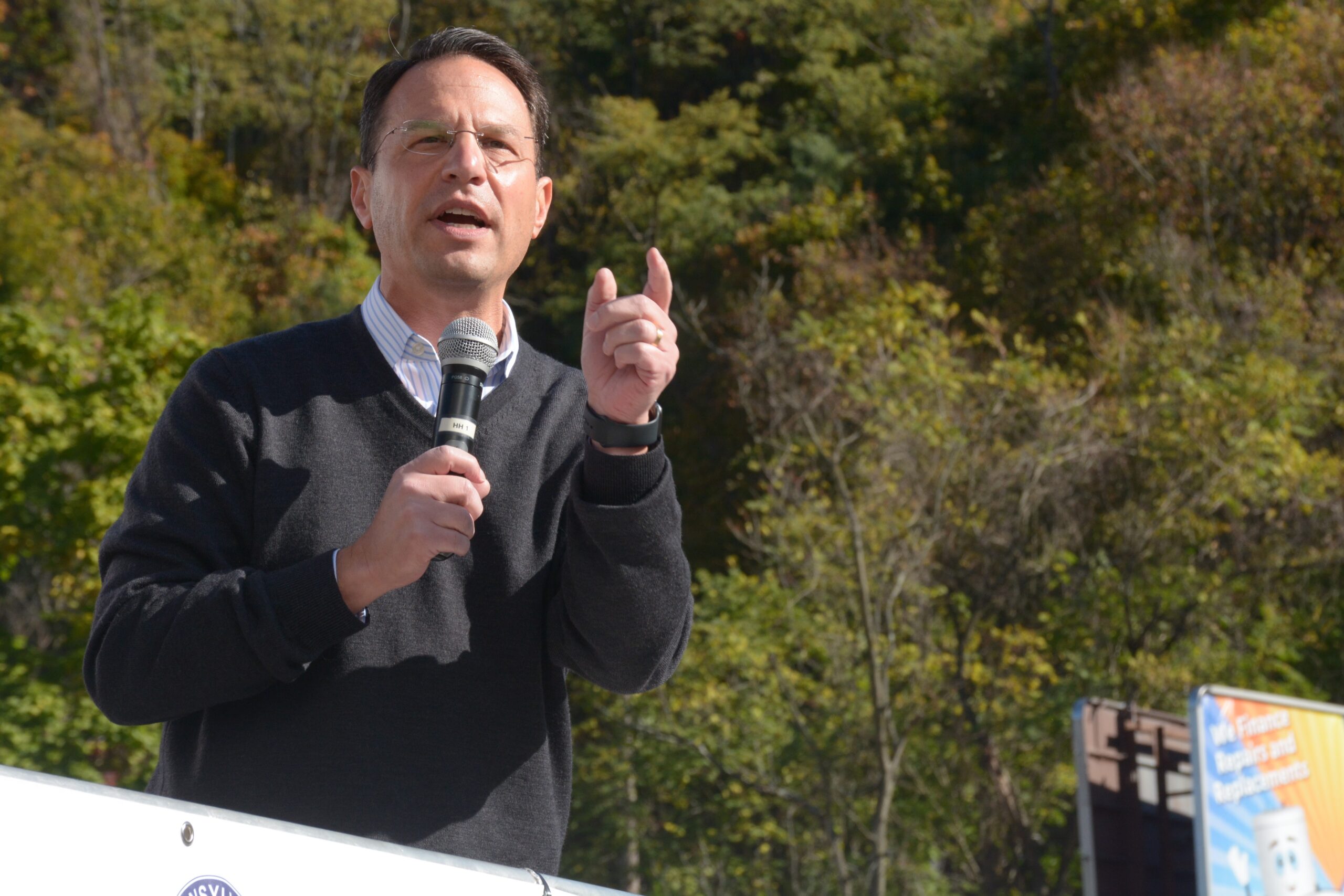 A Pennsylvania lawmaker who participated in former President Donald Trump’s second impeachment trial says the Republican should be “held responsible by the rule of law,” for inciting a crowd of his supporters to march on the U.S. Capitol on Jan. 6, 2021 to disrupt the certification of the 2020 election results. Story from me.

On a day when Philadelphia reached an ugly milestone of 300 homicides in 2022, many by gun violence, the Pew Charitable Trusts awarded $4.25 million to four nonprofits to create more jobs for city residents and for programs dealing with violence every day, our partners at the Philadelphia Tribune report.

On our Commentary Page: Laura Boyce, of the advocacy group Teach Plus Pennsylvania, sketches out solutions to the state’s teacher shortage. And David Hein, a school board member from the Lehigh Valley’s Parkland School District, explains how the commonwealth’s students will benefit from mental health funding in the new state budget. 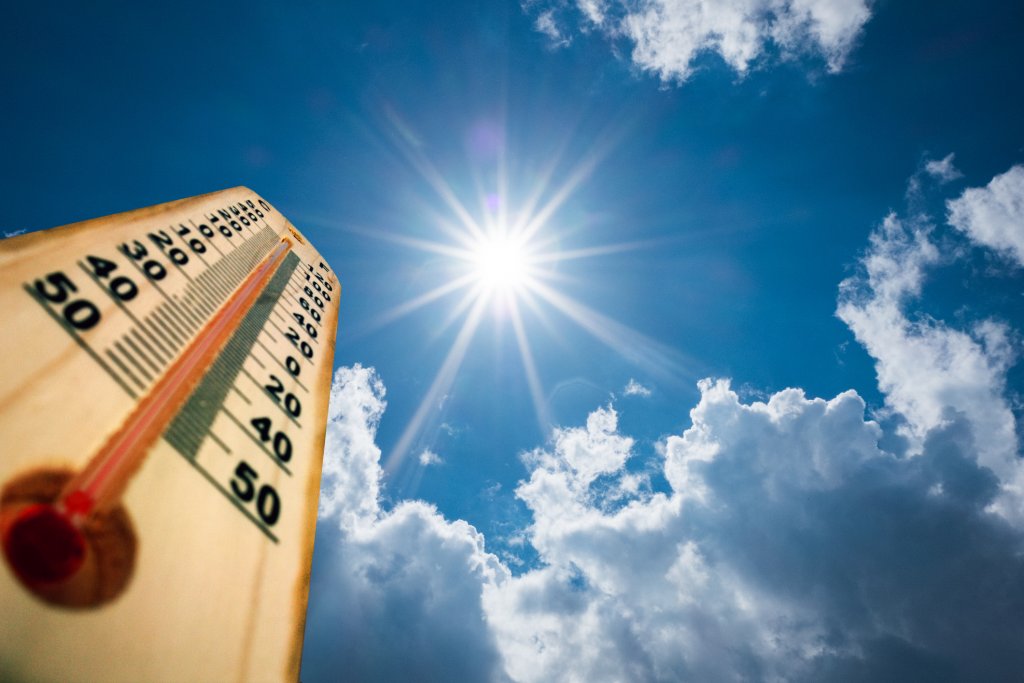 Elsewhere.
The Inquirer has some tips on cutting down on your energy bills during this very pricey summer.

A Pennsylvania man has pleaded guilty to charges he fired a stun gun at police officers and attacked an Associated Press photographer during the Jan. 6 insurrection, PennLive reports.

A Muhlenberg College program that pairs students with incarcerated people is getting a shot of federal funding thanks to U.S. Sen. Bob Casey, D-Pa., the Morning Call reports.

With a heat wave continuing, SEPTA is monitoring its effect on its rails, WHYY-FM reports.

The Associated Press takes a look at how Republicans are warming up to GOP gubernatorial nominee Doug Mastriano (via WITF-FM).

PoliticsPA goes deep on the political weaponization of the state Constitution.

What Goes On
10 a.m., Capitol Fountain: Ceremony marking the anniversary of the Americans with Disabilities Act
12 p.m., Capitol Rotunda: Funding advocates weigh in on the final day of the school funding lawsuit court proceeding.
2 p.m., Soldiers & Sailors Grove: How to protect yourself from mosquitoes.

What Goes On (Nakedly Political Edition)
11 a.m.: Golf outing for Rep. Todd Stephens, R-Montgomery
5 p.m.: Reception for the House Democratic Campaign Committee
Hit both events, and give at the max, and you’re out an absolutely offensive $20,000 today.

You Say It’s Your Birthday Dept
Best wishes go out this morning to the Associated Press’ Mark Scolforo, and to state Rep. Peter Schweyer, D-Lehigh, both of whom celebrate today.

Heavy Rotation
Here’s some new music by PVA to get your day off to a very techno start. It’s ‘Hero Man.’

Tuesday’s Gratuitous Baseball Link
Slow and steady: The Baltimore Orioles are officially playing .500 ball thanks to a 5-1 win over the visiting Tampa Bay Rays on Monday night. The Os, who are 6-4 in their last 10 games, have improved to 48-48 after the All-Star break.