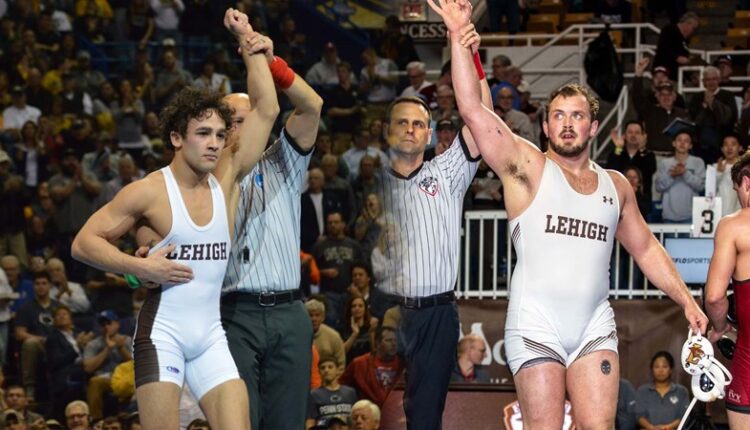 BETHLEHEM, PA. – The college wrestling season may have ended last weekend, but the freestyle season is heating up. Three current or former Lehigh wrestlers will compete in the Last Chance Olympic Trials Qualifier in Fort Worth, Texas March 26-27.

Senior Jordan Wood and alumni Darian Cruz ’18 and Kadeem Samuels ’12 are all registered for the two-day event. The freestyle competition for men starts on Saturday at 11:00 a.m. (CET). The two best wrestlers in each weight class will qualify for the Olympic trials next weekend, which will also be held in Fort Worth.

In the competition for the Lehigh Valley Wrestling Club, Wood finished third with a weight of 125 kg. He has had a 9-3 season on the mats for the Mountain Hawks, highlighted by a fourth straight EIWA championship won last month.

Cruz and Samuels are registered for the New York Athletic Club. Cruz enters as seed # 3 at 57kg. He spent the past season as a Lehigh volunteer assistant coach. Cruz is a three-time 2017 All-American and NCAA Champion and a former US national team who finished runner-up in the 2019 World Team Trials Challenge tournament.

Samuels is registered at 86 kg and enters without seeds. He wrestled for the Mountain Hawks from 2007 to 2012 with a career record of 40 to 35 at 184 and 197. Samuels went between 32 and 14 in his last two seasons in brown and white and won eight of his last nine doubles appearances.

Wood and Cruz were active in freestyle last fall, as both competed in Senior Nationals in Iowa in October and both wrestled on various regional training center freestyle maps that fall.

The streaming video for the two-day Last Chance Qualifier will be available on FloWrestling.org.