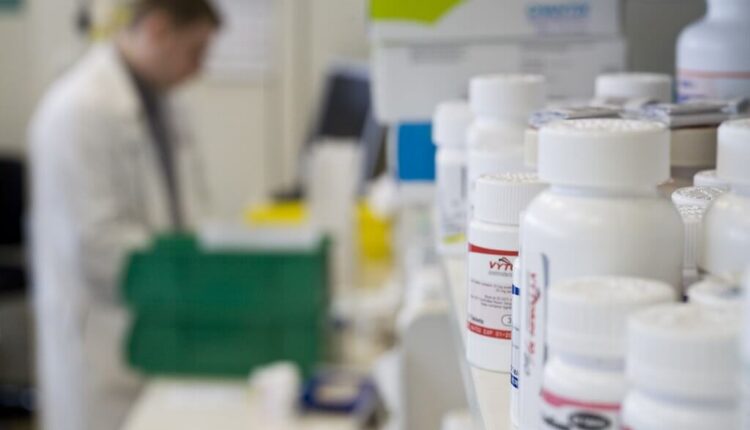 Buoyed by a major, unanimous U.S. Supreme Court ruling, some states are pressing ahead with efforts to rein in one of the most obscure—but also most potent—players in the prescription drug supply chain.

Pharmacy benefit managers, known as PBMs, are the companies that administer the prescription drug programs of health insurance plans. Since appearing in the 1980s, they have grown in influence.

Policymakers say PBMs now play an outsize role in determining not only what medications patients can access but also how much patients, pharmacies and health plans pay for those drugs. Many critics insist PBMs are adding substantial costs to the health care system rather than saving it money. And some studies back that assertion up: Ohio, Massachusetts and Michigan have determined that PBMs cost their Medicaid enrollees and state employee health programs hundreds of millions of dollars more than the acquisition costs of medicines.

“They add layers and layers of complexity and costs as a middleman with no return for the state, the employer or the patients,” said Louisiana Republican state Sen. Fred Mills, a frequent sponsor of legislation that would regulate PBMs and the owner of an independent drugstore in the village of Parks.

Pharmacy benefit management companies had long argued that a federal preemption law limits the reach of the laws that states enacted to oversee the industry. The federal preemption restricts state regulation of health insurance plans that are self-funded, such as those offered by most medium and large employers. That was the domain of the federal government.

In legal challenges, PBMs said that left states with less authority to regulate PBMs. The industry argued that preemption restricted state PBM legislation to activities associated with the minority of insurance plans that states could regulate­: individual and group health plans and Medicaid programs.

But in December, the U.S. Supreme Court ruled in Rutledge v. Pharmaceutical Care Management Association that an Arkansas law regulating PBMs was not subject to federal preemption. That meant states could regulate PBMs no matter the kind of health insurance plan or who regulated it.

In an instant, the potential breadth of state oversight of PBMs expanded.

“That was a substantial win for the states in terms of regulating PBMs,” said Jennifer Reck, director of a state prescription drug pricing project at the National Academy for State Health Policy.

The ruling immediately put wind at the back of lawmakers taking aim at PBMs. This year, nearly a third of the nearly 675 pharmaceutical-related bills filed in state legislatures focused on pharmacy benefit managers, according to the National Conference of State Legislatures, a research organization.

The bills filed or passed this year concern the licensing or registration of PBMs, requirements for more transparency in the drug supply chain, and protections for independent pharmacies, which have long complained that PBM practices force them into exploitative arrangements. Although some states passed similar laws in the past, the new ruling will curtail legal challenges, health policy experts say.

Depending on how their statutes were written, some states may have to pass new legislation specifying that federally regulated plans would now be subject to their PBM laws. Maryland tweaked its law this year, and Reck and others say they expect to see many other states follow suit next year. In other states, no further legislation would be necessary.

It’s unclear whether he’ll sign it this time. His office didn’t immediately respond to a request for comment.

PBMs determine which drugs are available in a health plan, copay amounts and how much it will cost pharmacies to acquire drugs. The industry insists that its bargaining power saves the health care system money.

Yet state auditors and attorneys general are looking into some of those companies’ methods. The Wall Street Journal in May reported that Arkansas, Georgia, Mississippi, Ohio and others have launched investigations into the practices of PBMs working in their Medicaid programs or state employee health plans.

As scrutiny of PBMs has grown, so has the industry. It produces annual global revenues of as much as $450 billion a year, according to the research group 360 Research Reports.

Eleven generic versions of an HIV drug were rushed to market. And list prices went up. Why?

Elsewhere in the statement, the group advised state policymakers that if they wanted to get a handle on drug pricing, they should target manufacturers, not PBMs.

Manufacturers blame the high prices of drugs on other parts of the supply chain, including PBMs. Lawmakers should be looking at PBMs if they want to attack high drug prices, they say.

“There is a broad recognition that PBMs operate with little transparency or accountability, yet they have enormous influence over what medicines people can get and what they pay,” said Nick McGee, a spokesperson at the Pharmaceutical Research and Manufacturers of America, which represents the manufacturers of prescription drugs.

He said lawmakers are recognizing that PBMs are pocketing record profits that could go toward lowering costs for patients. “As a result, we are seeing more and more states take a closer look at the long line of middlemen collecting a significant portion of what gets paid for medicines and supporting common sense solutions like sharing rebates directly with patients.”

The industry has also undergone much consolidation in recent years. The largest three PBMs— Express Scripts, CVS Caremark and OptumRx—control nearly 75% of the market. At the same time, PBMs are merging with insurers and pharmacy chains. Express Scripts is now part of the insurer Cigna. Optum is a subsidiary of UnitedHealth, another insurer. And CVS is owned by Aetna, combining a health insurer, a PBM and a pharmacy chain in one company.

Critics argue these mergers make drug pricing even more opaque and riddled with conflicts of interest. Independent pharmacies object that PBMs use anti-competitive practices to squeeze them out of the market, contributing to the demise of non-chain drugstores.

“They’ve taken advantage of their position to pad their own bottom line,” said Steve Moore, a pharmacist whose family owns a pharmacy in Plattsburgh, New York, that has existed since the 1940s. Because of PBM practices, he said, the drugstore is having a hard time keeping its doors open. “They are predatory and profiteering.”

Nearly every state has enacted some type of PBM regulation since 2015, according to the National Conference of State Legislatures.

The first wave of laws pertaining to PBMs focused on licensure requirements, according to Reck. Those were seen as a necessary step for states to begin to review the activity of PBMs, which previously operated without any state monitoring.

“They were a black box,” said Maine state Rep. Denise Tepler, a Democrat and the co-chair of a joint House and Senate health insurance committee that has introduced several successful PBM bills since 2019.

The law authorizes the Legislative Budget & Finance Committee tov review how “Medicaid plans, investigate reimbursement rates paid by PBMs to independent and chain pharmacies, and study the best practices adopted by other states to address concerns with PBM reimbursement practices,” according to an analysis by the Pennsylvania Office of Rural Health.

According to the National Academy for State Health Policy, since 2017 states have passed 26 laws requiring PBMs to either obtain a license from a state or register with it. Those laws are often accompanied by transparency provisions to enable policymakers to better understand drug pricing and financial arrangements among manufacturers, health insurers and pharmacies. PBMs sit at the intersection of all those transactions.

More states this year enacted legislation aiming to pry open the financial arrangements of PBMs, particularly the rebates the companies receive from manufacturers. Seeking beneficial treatment of their drugs, drugmakers offer lower copays for the patients of PBMs and waive certain approvals before the drug can be dispensed.

Tepler and other lawmakers are eager to know how those rebates affect patients’ costs as well as the bottom lines of PBMs.

This year, Alabama and Delaware joined other states in opposition of “spread pricing,” in which a PBM claims a higher reimbursement from a health plan than it reimburses a pharmacy for dispensing a drug.

In the past three years, New York, Ohio, Maryland and New Hampshire have altered Medicaid contracts with PBMs to curtail the use of spread pricing.

More than 20 states, including Alabama this year, have passed laws to stop another practice, called “clawbacks,” in which pharmacies are reimbursed less than their acquisition costs for the drug, and the PBMs pocket the difference. Alabama and Colorado this year also joined more than two dozen other states that prohibit PBMs from imposing gag clauses on pharmacies.

Those clauses prevent pharmacists from informing customers that a prescription would cost them less if they paid for the medication directly rather than going through their insurance.

Another practice that lawmakers tried to crack down on this year is the manipulation of documents known as Maximum Allowable Cost lists, or MAC lists. They detail the maximum dollar amount a PBM says a health plan will pay for a drug, which also determines how much pharmacies are paid. How the PBMs determine those prices is unclear. Pharmacists complain that their reimbursements often don’t reflect increases in the list prices, meaning that they often are reimbursed at a loss.

The Rutledge Supreme Court decision pertained to a MAC list and upheld an Arkansas law allowing pharmacists to refuse to dispense a drug if they weren’t compensated at least their acquisition costs. Although more than 20 bills were introduced this year related to the MAC lists, only Delaware and Maryland passed measures. Reck said she expects to see another push to overhaul the use of MAC lists next year.

Michael Ollove is a reporter for Stateline, an initiative of the Pew Center on the States, where this story first appeared.  Capital-Star Editor John L. Micek contributed additional reporting.

A Quarter of US Hospitals, and Counting, Demand Workers Get Vaccinated. But Not Here.