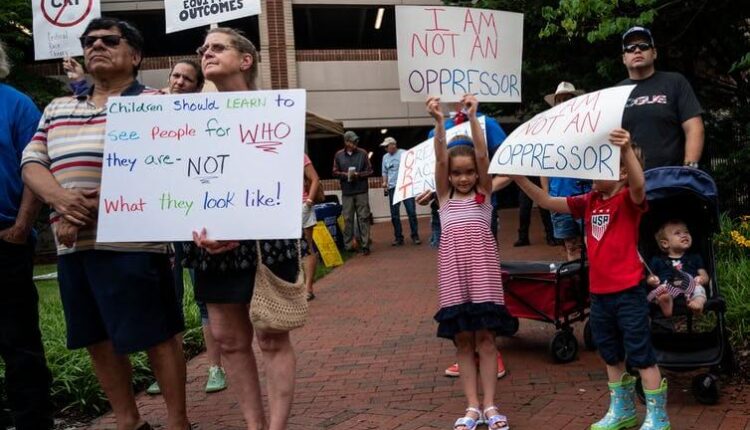 People who come late to a social event are usually one of two things – the life of the party or a party crasher.

As probably the last person to comment publicly on Critical Race Theory (CRT), consider me the latter.

The manufacturers of conservative outrage have moved on from the curriculum crisis of the early summer, replacing it with the crisis of woke Olympic athletes who should just win medals and shut up.

In many places, though, the debate over CRT is heating up. Initiated by a conservative writer last fall and adopted by President Trump, Republican lawmakers in two dozen states, including Pennsylvania, have introduced bills proposing to ban teaching of CRT in K-12 public schools and/or public universities.

Of course, no one can agree on what CRT is. Instead, the idea has become a symbol for anything conservatives don’t like about diversity. Variously, the bills forbid the teaching of “divisive concepts,” the 1619 Project, and any discussion of the U.S. government or its people as inherently racist or sexist.

Reminiscent of the 1940s and 1950s Red Scare, some measures aim to limit discussion of communism and socialism. Instead, “patriotic education” is promoted, emphasizing a “pro-American” curriculum with the American Founding at the center.

There are many problems with anti-CRT proposals, including the threats they pose to intellectual freedom, the professionalism of educators, and the learning goal of critical thinking.

One other issue needs to be mentioned: CRT is not being taught in elementary and secondary schools.

In short, there is no CRT crisis. It’s entirely made up. Just like the Big Lies about election fraud in 2020. Or claims that the Jan. 6  insurrection was a peaceful lovefest and COVID is a hoax.

This raises the question of whether the anti-CRT “movement” is really about improving education or generating contributions to Republican and conservative base groups.

Or maybe it’s intended to be a distraction from President Biden’s popular economic agenda, which will soon include bipartisan passage in the Senate of a $1 trillion infrastructure bill.

Or perhaps it’s no coincidence that concerns about CRT originated nearly a year ago, when Black Lives Matter protests surged, Confederate monuments toppled, and the nation discovered Juneteenth and the 1921 Tulsa race massacre.

All this begs the question, what is CRT? And, what would happen educationally and socially if CRT was taught in public schools?

CRT is a legal approach, developed in the 1970s among Black legal scholars. It holds that American legal and political institutions were and are designed to perpetuate racial inequality.

Interestingly, the theory is a critique of not only institutions and rules that preserve the status quo, such as the 3/5s compromise, U.S. Senate, and the filibuster, and racism-embedded laws, but also the civil rights movement in the 1960s.

Reforms such as school desegregation and the Civil Rights Act did not have the impact supporters expected, it is argued, because of systemic racism.

The fight over critical race theory is a solution in search of a problem | Lloyd E. Sheaffer

True, it is possible to see progress in the history of race relations in this country, beginning with the abolitionist movement and the Civil War amendments guaranteeing Blacks equal protection of the law and continuing with the presidency of Barack Obama.

The history of racial progress in America should be taught in public, indeed, all schools. But so should more critical perspectives.

As a social scientist and citizen, I believe critical thinking is the most important skill students should practice in a democratic society. I try to teach politics, government, and the law from multiple viewpoints, from libertarian to Marxist to postmodern.

However, not all approaches are equal. Each must be open to challenge, rigorously-gathered empirical evidence, and logic. That is what students learn so they can think for themselves. It’s also why flat-earthers will not likely enjoy my teaching.

Once, a visiting scholar at Elizabethtown gave me a text that he authored, American history from the perspective of non-violence. Remembering the 1960s quote, “violence is as American as cherry pie,” I was skeptical. But, the book was imaginative, well-argued, and made me aware of impactful peace movements I didn’t know about.

In light of what we know about whitewashed history, who can deny that there is much more to learn from the experiences of the marginalized?

Living in the age of Black Lives Matter, #metoo, #transrightsarehumanrights, and an unforgiving pandemic, we cannot ignore the truths of millions of our fellow Americans. When we acknowledge their pain, we begin a journey toward change that benefits all of us, not just victims.

What the debate over CRT comes down to is what you think the aims of American education should be. Should schools should promote privilege and hierarchy or empathy and democracy?

Call me a party pooper, but I think we need more “divisive concepts” in our classrooms.

The states with the best and worst early childhood ed. programs. How did Pa. do? | Tuesday Coffee