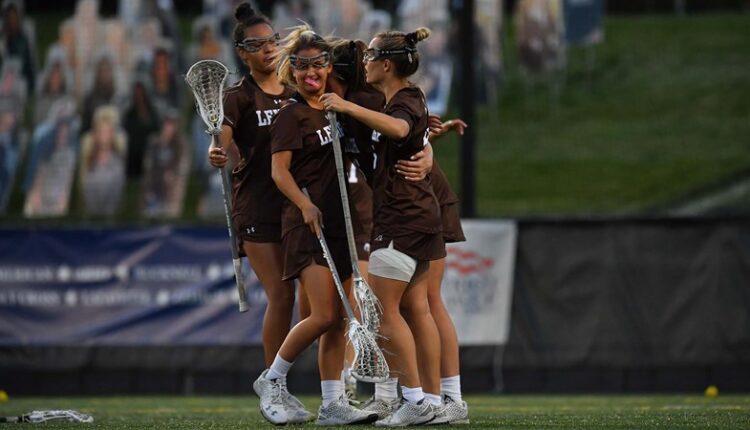 BALTIMORE – The Lehigh Women’s Lacrosse team used a 4-0 run to take an 8-5 lead and after Army West Point leveled the Mountain Hawks responded to one with the last two goals of the game 10: 8 victory in the Patriot League semi-finals on Thursday evening. With the win, Lehigh moves into the league championship game for the first time since 2010. PhD student Sondra Dickey did another incredible feat, scoring three goals, one assist, four ground balls, three tie controls and six lost balls.

“Thanks a lot to the Army. They had a really good game plan with their zone on the defensive,” said Sammy Cermack, Lehigh deputy head coach. “Kudos to our defense today; they’ve improved a lot and lost some ball towards the end of the game. Overall we’ve shown some resilience. I think we’re going where we wanted to go from the start – the Patriot League. ” Championship game. I’m really looking forward to this team, they are super selfless. ”

📹 Check out some of the highlights from today’s @ PatriotLeague semi-final win over Army! pic.twitter.com/XODqBNAovR

Dickey now has 22 generated sales in their last five games to bring their season to 37 overall, just one of a program record. Dickey’s three goals give her 202 for her career as she also got 258 career points to reach third place in program history.

Neither side led more than one back and forth in the first half. The Mountain Hawks were leading 1-0, 4: 3 and 6: 5 – which turned out to be half-time. Dickey scored three of Lehigh’s six goals in the first half.

The heroine of Monday, junior Nora Giordano, opened the evaluation of the second half. Carnevale followed with their first of the day, taking an 8-5 lead. The Black Knights quickly responded with three in the 2:18 range to even draw on eight with 17:04 left. But Lehigh’s defense was big – while the offensive goals scored by Carnevale and her classmate Emma Eberhardt – to explain the 8-10 final.

The final shots were 23-19 in Lehigh’s favor, while the Mountain Hawks held a 13-7 lead in the tie control. The Army finished with a 19–11 advantage in Groundballs. Senior goalkeeper Samantha Sagi counted seven saves for the win.

Next, Lehigh will play in Saturday’s Patriot League Championship Game, while the Mountain Hawks take on host Loyola at 12:30 p.m. on CBS Sports Network, with an automatic bid for the NCAA tournament at stake.

🥍 That was an exciting game now. Check out the back and forth action in this highlight package! @LehighWLacrosse moves into the @PatriotLeague Championship! @NCAALAX | @Inside_Lacrosse | @espnW pic.twitter.com/1Q0W3l2Wcq