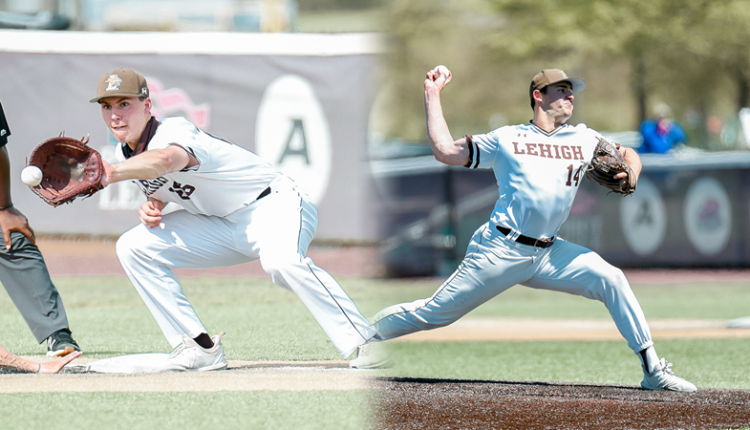 BETHLEHEM, PA. – The Lehigh baseball team received two weekly awards announced by the Patriot League on Tuesday afternoon. Second catcher, Adam Retzbach, was named Player of the Week’s Laurel for the first time, and junior right-handed Mason Black was named Pitcher of the Week for the third time in 2021.

With his award, Retzbach is the fourth Mountain Hawk to receive the “Player of the Week” award for the fifth time in 2021 (Eric Cichocki won twice to open the season).

Retzbach hit .375 (6-for-16), beat .688, and drove in six runs during the Mountain Hawks’ 3-1 week against Fairleigh Dickinson and Navy. His double with two RBIs in the fourth inning of Saturday’s first game of the double header proved a success as Lehigh captured the 2-0 win. He went 3-4 with four RBIs in an 8-4 win over the Midshipmen in the second game on Saturday. His first inning double with two runs opened the scoring, combined the game with a sacrificial flight in the third inning and ended the day with an RBI triple in the eighth inning to secure victory.

Black was excellent in his tenth start of the season on the hill, claiming his first career game shutout, throwing seven strong innings. He only allowed four hits and one step while walking one punch. Black kept the midshipmen on a batting average of 0.174. In 57.2 innings this season he stands with 2.81 ERA and 80 strikeouts 6-2, 16 away from former Major Leaguer Craig Anderson’s 61-year program record of 94 strikeouts in a single season, the 1960 was erected to break.

The Mountain Hawks end the regular season with a series of four games in Worcester – two games on Saturday and two on Sunday – against Holy Cross for the first time this year. The first pitch for both double heads is set to noon.

Lehigh Wraps Up Regular-Season Schedule With Successful Day at Colgate