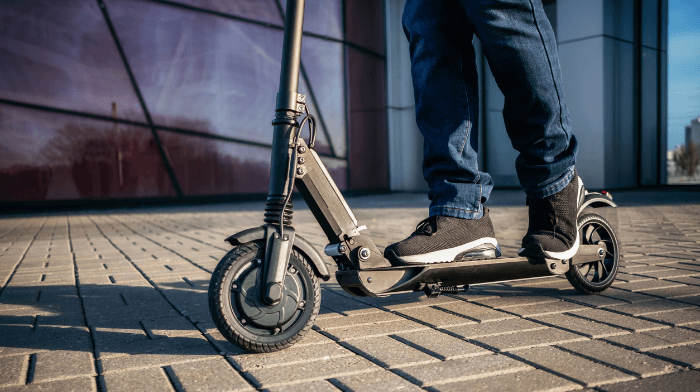 PITTSBURGH — Unlike most other states, electric scooters (which are motorized stand-up scooters with handlebars and a platform that riders stand on) are illegal in Pennsylvania. They don’t currently fit under any classification of the Pennsylvania Motor Vehicle Code, so while private versions can be seen zipping around some city streets, Pennsylvania cities don’t have the shareable e-scooters available in most other major U.S. cities.

But Pittsburgh will soon have shareable e-scooters thanks to a provision written into the recently signed Pennsylvania budget bill. Pittsburgh has been granted a pilot program for scooter share, and, according to the provision, only a city of the second class can carry out the pilot. Pittsburgh is the only second class city in Pennsylvania. The pilot will last two years.

E-scooters are ridden while standing, and typically travel the speed of cyclists. They are different from electric mopeds (like Scoobi) and electric-assist bikes, aka e-bikes.

Karina Ricks, the director of the Department of Mobility and Infrastructure, told Pittsburgh City Paper that the low-speed scooter pilot program will be part of a larger micro-mobility pilot program the city will announce next week. She says she is grateful to the state legislature and the governor for granting the city of Pittsburgh the opportunity to test e-scooter share.

Is this the best way to regulate eScooters? | Wednesday Morning Coffee

“We need to take an all-of-the-above kind of approach for mobility,” Ricks said. “We have people that don’t have access to high-frequency transit, or access to a vehicle. It is not in our best interest as a city to throw up barriers to things that might have utility.”

Ricks said 25 percent of automobile trips are less than a mile, and believes the city needs to do more to give people more options for short trips, and e-scooters can be a part of that.

She also understands that e-scooters have become a source of consternation in many cities, with scooters left all over sidewalks and inconvenient locations, and people zooming past pedestrians on sidewalks. However, she is hopeful Pittsburgh’s pilot will address those issues. For one, Pittsburgh’s e-scooters must be ridden on streets, bike lanes, or trails, and are prohibited on sidewalks. “We have narrow sidewalks, and the feeling for our city is that [e-scooters] should not be on the sidewalk at all,” Ricks said.

Pittsburgh’s e-scooters will probably be parked in the street, not the sidewalks, at the start or end of on-street vehicular parking, or in spots designated by the city, she added.

“These aren’t perfect, so far nothing on roads is perfect, but we would like the opportunity to see what role these will play in a mobility ecosystem,” Ricks said.

According to the provisions written into the state budget:

Ricks says what makes Pittsburgh’s pilot program different from other cities is there will only be one company operating e-scooters in Pittsburgh. According to the provisions, that company is required to get general liability and automobile insurance. 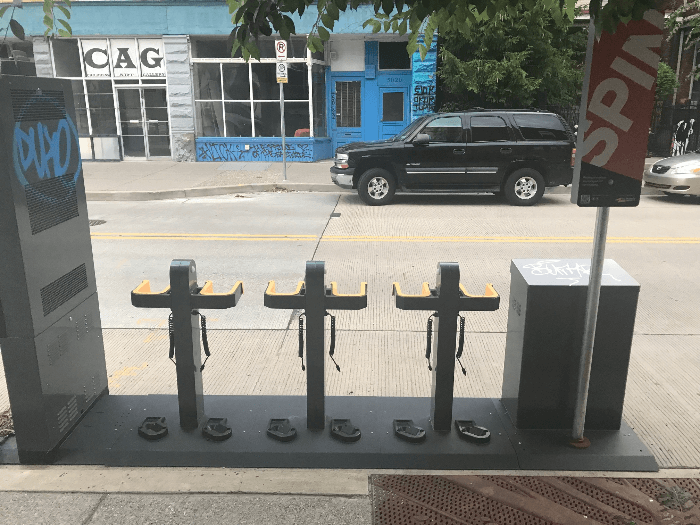 Ricks says having one e-scooter company, rather than several — like Lime, Uber, Bird, etc. — should be easier for the city to regulate. The provisions grant the city of Pittsburgh the power to adopt laws around the regulation and operation of e-scooters, and will be inline with regulations surrounding bicycles.

“Our pilot is just one provider. And the reason we are doing it with just one, is so we can have better accountability,” Ricks said. “We are working with the fleet so they can push out educational issues to users, and properly manage the scooters.”

She also believes a pilot program will help the state and other cities figure out how best to implement e-scooters on a larger scale, and that Pittsburgh will report data back to the state as a way to keep them informed.

“I am just grateful for this approach,” Ricks said. “Try before you buy, giving that local control to us and seeing if you can trust a small city. I believe you can. It is an extremely novel approach. It demonstrates the value of doing a demonstration.”

Next week, more information about e-scooters will be revealed at a press event for the Pittsburgh Mobility Collective, according to Ricks.

The event will focus not just on e-scooters, but a suite of solutions that are focused on providing Pittsburghers, especially those without access to cars or good public transit, better mobility options, she said.

Will six Pa. State System universities merge? A vote is expected this month.