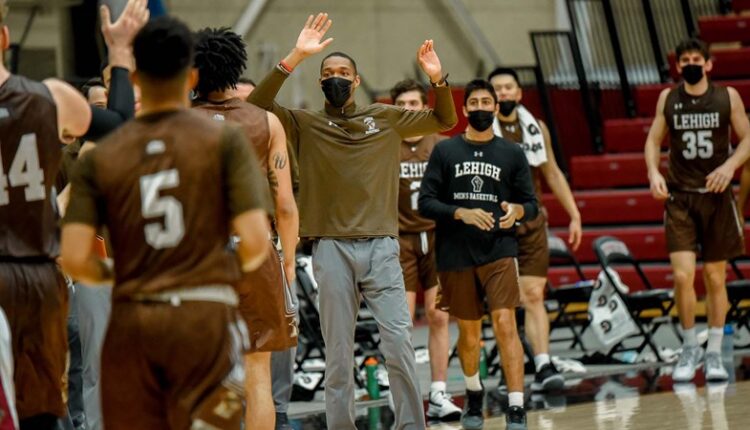 BETHLEHEM, PA. – After losing two to arch-rivals Lafayette last weekend, the Lehigh men’s basketball team is focused on the Patriot League tournament as the Mountain Hawks travel to Boston University to face the Terriers. The opening tip for the first round matchup is set at 7 p.m. on ESPN +. The winner of Wednesday’s showdown will travel to runner-up Colgate for Saturday’s quarter-finals.

Lehigh had come very close to the home game on Wednesday. The Mountain Hawks dropped a couple of tight finals against the Leopards, which amounted to the last few seconds. On Saturday, Lehigh initially led only briefly in the first half but fought his way back within two minutes of the last minute of regulation to tie or take the lead before eventually falling between 75 and 69. On Sunday, the Mountain Hawks were able to make up a deficit of 12 points in the first half in order to gain several advantages in the second half. Ultimately, a shot from Justin Jaworski Bank, 19 seconds ahead, gave Lafayette the lead back. Lehigh had three shots in the final seconds, two of which were desperate attempts and neither fell when the Mountain Hawks lost, 71-70.

Senior Marques Wilson and Junior Nic Lynch each scored 22 points to lead the offensive on Saturday, while a day later newcomer Ben Li hit a team high of 13 points (which was a career high) in just 13 minutes and the 5-of-7 knocked down from the field, including 2-out-of-3 from 3-point area. Li has now made six of his last eleven behind the arch. One day after hitting a career high of 15 rebounds, sophomore Evan Taylor scored 12 points over a career high of four 3-pointers (on just five tries). Taylor knocked down two Treys in the last minute of the first half to cut Lehigh’s deficit in half (from 12 to six). He is currently fourth in the Patriot League in rebounding (7.6). In his senior night, Wilson was also there with 11 points. Sophomore Reed Fenton led the team on rebounds, collecting eight career-high boards. In the end, all four regular season games against Lafayette were extremely competitive well into the second half.

The Mountain Hawks are now looking forward to the Patriot League tournament and the search for a championship and NCAA tournament course. In lap one a difficult challenge stands in the way. Lehigh were the last team to lose BU in the previous season before it came to the tournament title. The terriers have been up and down this season and are currently 6-10 total (4-10 against the north). Wednesday is the first meeting of the two sides.

The defending Patriot League Champion Terriers are in the middle of an up and down campaign. Boston University is number 7 in the league tournament at 6-10. The high point of the Terriers regular season was a 2-0 weekend at Lafayette. BU has a pair of All-League players in the second teammer Javante McCoy (15.6 points, 4.9 rebounds) and the third teammer Walter Whyte (13.2 points, 6.8 rebounds). The Sukhmail Mathon averages double-digit points (10.8 points), which corresponds to 7.9 rebounds per competition.

Lehigh has won three of the last four and five of the last seven against Boston University to draw within 9-8 in the all-time series. In their final fixture last February, the Mountain Hawks scored a highly competitive 57:55 overtime win over the Terriers, giving Boston University the final defeat of the season. The previous year, the Mountain Hawks won both games against the Terriers for the first time since joining the Patriot League for the 2013-14 season. The teams have participated in two of the last four Patriot League tournaments (2017 and 2018). Boston U. won the first meeting between the two teams in 1968-69 with an 81-56 final. It was the only meeting between the two schools prior to the Patriot League era

If the Mountain Hawks win on Wednesday, they’ll travel to Colgate for the Patriot League quarter-finals on Saturday.