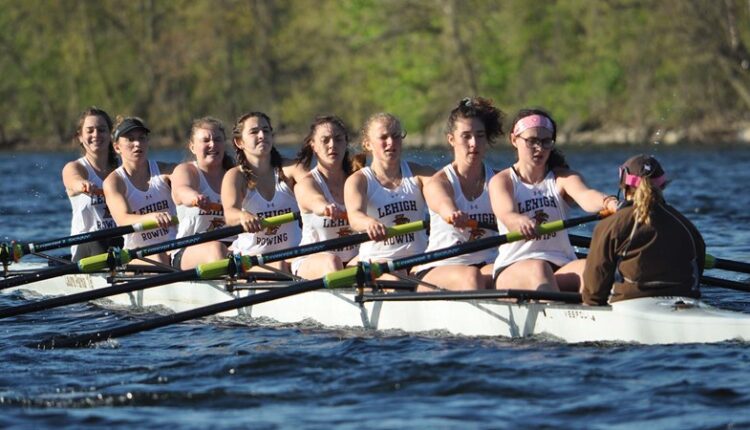 BETHLEHEM, PA. – It’s been two years since the Patriot League’s last rowing championship, and Lehigh couldn’t be better prepared as the Mountain Hawks join crews from across the league on Friday on the Cooper River in Camden, New Jersey. The regatta can be seen live on ESPN +. Lehigh has gained momentum over the past few seasons at Patriots, winning the program’s first medals in 2018. In 2019, all three Mountain Hawk boats finished fifth or better into nine teams for the first time since the league was expanded.

“This team in particular is very excited,” said Lehigh head coach Brian Conley. “With COVID and everything canceled last season, there was a lot of doubt in January and February as to whether we would even make it to this point in the season. Now I think they are really proud of the work they do To get here and the work they did made it possible for them to win races along the way. They are really excited to put it together and see what happens on Friday. “

“Our goal is always to walk away from the Patriots with medals and I think that’s a reality we could possibly see this weekend,” said Conley. “But I told the team, whatever the results we can’t control, focus on the things we can control. Race like you train, train like you race. They’ve been doing that all season. Most of all doing Do it for the person in front of you and the person behind you.

“I think if they do that – if they do it for each other – it will be a better goal than walking away with a medal because you can have a long-term friendship knowing that people will always have your back.” “Conley continued.

Coach Conley shares the team’s mindset and goals for the @PatriotLeague Championship on Friday! pic.twitter.com/LhX7jlSUba

The 2020-21 Mountain Hawks are a close-knit group that has been through a lot together over the past year and a half. But the team kept getting stronger. This season, the Varsity Eight was named Patriot League Boat of the Week twice for the first time in program history.

“We didn’t get water time in the fall,” Conley said. “Usually this is our timeframe to do a lot of technical work. It took a lot of time for this group to really focus on staying fit through the fall and winter, but also trying to put together what we normally do would do. ” Do this technically in the fall – like adding new newbies to the group and trying to entertain them with high school students during a really short and cut spring.

“We had to do some new things that we had never done before to make this happen and they responded very well to these new ideas and did the work.”