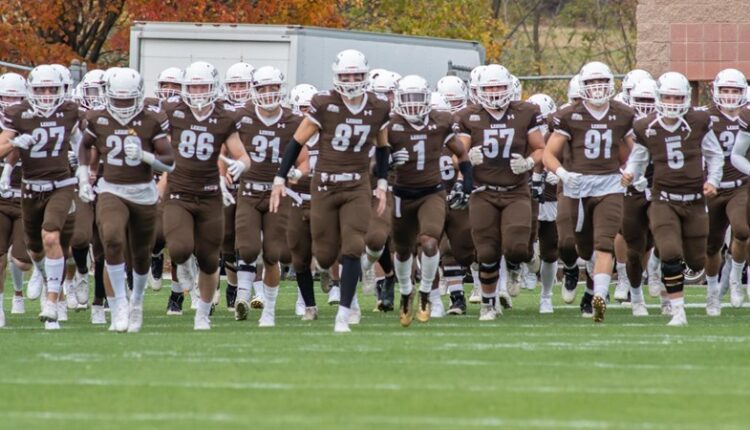 BETHLEHEM, PA. – For the first time since November 23, 2019, Lehigh will play a football game as the Mountain Hawks open their 137th football season against defending Patriot League champions Holy Cross at Goodman Stadium on Saturday. The COVID-19 pandemic has wiped out the traditional fall 2020 season, but six of the seven Patriot League schools are participating in a regular season with just four league games, followed by a championship game on April 17. Lehigh improved defense in a 2019 season that saw the Mountain Hawks go 4-7 overall and 3-3 against League opponents.

Lehigh is led by senior co-captains Pete Haffner and Divine Buckrham and pre-season All-Patriot League winners Jorge Portorreal and Alex Snyder, but the Mountain Hawks will be young and 50 players on the roster by their first or sophomore year to have.

As announced on March 5, Lehigh University’s COVID-19 response team approved a request from the athletics department to allow a limited number of guests to participate in our outdoor home sports events. In our submission, it was suggested that two (2) guests per team member be allowed access to the permanent seating area of ​​our venues, which is well defined by fences and gates in some venues and defined and secured in other venues. The two guests are expected to adhere to all university and athletics department health and safety protocols during their visit to our Goodman campus.

We are currently unable to provide access to our venues for anyone, including subscribers, alumni, Lehigh faculties, and staff or fans. As stated in the message from the universityIf COVID-19 positivity rates remain low and there is no evidence of transmission in these locations, we plan to allow students to view spring events.

Lehigh will play its first game since November 23, 2019 when the COVID-19 pandemic wiped out Lehigh’s 2020 spring exercise segment and pushed the 2020 fall season into spring. The six Patriot League teams have been split into two divisions and are expected to play four fixtures. Lehigh is in the South Division with Bucknell and Lafayette. The division winners will meet on April 17th for the first game of the Patriot League Championship. The winner will receive the league’s automatic bid for the FCS playoffs starting the following week. Georgetown has closed its spring season.

The Mountain Hawks had six All-Patriot League selections in 2019 with three back for the Spring 2021 campaign. Senior wide receiver Jorge Portorreal is a two-time All-Patriot League selection. Senior linebacker Pete Haffner received the second team award in 2019. Sophomore Jack Bush was the All League top performer for non-specialized specialty teams in 2019 and is preparing for a bigger role in defense this season.

Much improved defense kept the Mountain Hawks in most games of the 2019 season. The 2019 Mountain Hawks allowed 14 points less and 100 yards less attack than 2018. Lehigh led the 2019 Patriot League in rapid defense, allowing 130.5 yards per game . The Mountain Hawks also led the league in opponents’ third down conversions (35.1%) and ranked second in goal defense (21.4 ppg.) And overall defense (346.3 ypg.). The Mountain Hawks also registered 29 sacks, 14 more than in 2018. The Lehigh defense lost All-America linebacker Keith Woetzel to a degree but is bringing back several key contributions, including All-Patriot League linebacker Pete Haffner, defense attorneys Mikhari Sibblis and Erik Slater; and collateral TyGee Leach and Divine Buckrham.

Lehigh will start at the quarterback for the first time this spring 2021. Sophomore Cross Wilkinson is expected to win the bid. Wilkinson is a well-respected West Virginia prospect who joined Lehigh after two seasons in Toledo. He appeared in a 2018 game as a true freshman against Central Michigan. He won the preseason competition against senior Addison Shoup and several others. Shoup has owned Lehigh for the last two seasons and saw six games with the quarterback in 2019. He scored the only touchdown in Lehigh’s win over Merrimack with a 36-yard scamper and also threw the game-winning touchdown pass in Lehigh’s 30-27 overtime win at Fordham.

Lehigh has set a record of 84-46-6 in his season opening competitions. The Mountain Hawks have won six of their last ten openings, with their last opening day win against Saint Francis in 2018. Lehigh opened for the third time against Holy Cross. The Crusaders won 17:14 in Worcester in 1986, while the Mountain Hawks won 38:20 at Goodman Stadium in 2003. That 2003 game marked the last time Lehigh opened his season against a Patriot League opponent.

Saturday’s game starts just after noon at Goodman Stadium. The game will be broadcast in Lehigh Valley on Service Electric Network 2/502 and streamed on ESPN +, while audio will be available on Fox Sports Radio 1230/1320 AM and 94.7 FM Allentown and LVFoxSports.com. The pre-game radio broadcast starts at 11:30 a.m.

The Mountain Hawks will take to the streets for the first time this spring season when they travel to Colgate on Saturday March 20th. Lehigh will play for the second straight year at Hamilton after opening his 2019 Patriot League table with a 21-14 win. Zaythan Hill rushed to the starting touchdown with a 33-second lead and Divine Buckrham made a now famous game-saving duel after the time ran out on the one-yard line. This season’s meetup will be at 3:30 p.m. at Andy Kerr Stadium in Hamilton, NY