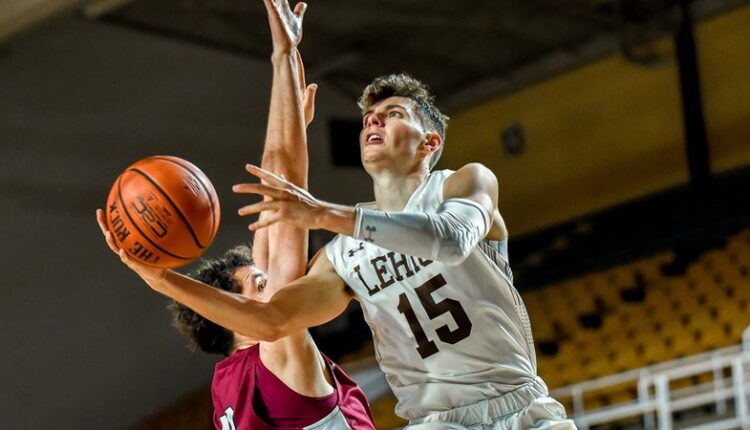 Lehigh Returns to the Court This Weekend vs. Loyola

BETHLEHEM, PA. – After a two-week hiatus, the Lehigh men’s basketball team will hit the ground for the first time in 20 days when they play two games against Loyola this weekend. The Mountain Hawks will host the greyhounds at 1:00 p.m. on Saturday before heading to Baltimore at 6:00 p.m. on Sunday to take on Loyola, on both ESPN + and Fox Sports 1230/1320 / 94.7 in the Lehigh Valley. Lehigh was last against Bucknell on January 30 and 31, dropping two tough competitions.

The Mountain Hawks will be looking to recover from the Bucknell weekend that got off to a good start. In a competitive first half, Lehigh and Bucknell split on January 30, but the bison withdrew in the second. Bucknell took over 11 points ahead at halftime on Sunday and didn’t want to look back. Sophomore Evan Taylor was a ray of hope and posted his third double-double in the last four games last time at Bucknell. During this time he has an average of 12.8 points and 9.8 rebounds. Taylor now leads the Mountain Hawks in rebounding (6.5).

On Saturday against the bison, Lehigh got 14 offensive rebounds, the most against a Division I opponent since November 16, 2018 against Princeton (16) and the most in every game since the following November against Misericordia (also 16) . Lehigh went on to score 11 offensive rebounds on Sunday, his third straight game in double digits (after one of his first seven games). The newcomer Ben Li enjoyed his strongest game so far and achieved career highs in points (8) and rebounds. Classmate Dominic Parolin also got a career in the boards when he was eight.

This weekend’s streak could prove critical to both Lehigh and Loyola’s qualifying opportunities for the Patriot League tournament. At 3-7 overall and 1-5 in the Central Mini-Conference, the Mountain Hawks are currently third in the division but eighth overall. Seventh and eighth place is determined by the overall balance and Lehigh is ahead of Loyola (2-7) and Holy Cross (3-10). The Mountain Hawks own the tiebreaker against the Crusaders after sweeping the weekend. Lehigh is alive to rise within his division, but it would take Lafayette to fall to Bucknell twice this weekend (and the Mountain Hawks who sweep the leopards next weekend). Lehigh’s last two regular season games are against the Leopards, which are makeup games for what was postponed earlier this month.

With all the postponements surrounding the Patriot League, the league came out with a revised schedule. Lehigh is not scheduled for 14 regular season games (up from 16 originally) and will not face Colgate. This weekend (February 20th and 21st) was originally supposed to be a pair against the Raiders.

Loyola had a difficult start to the season, starting 0-5. The first four defeats came by two points or less. The Greyhounds have since gone 2-2 to Lafayette and those losses came four and three (in triple overtime). Santi Aldama leads the team in the score (20.9) and in the rebound (10.3). He is the double reigning Patriot League Player of the Week, scoring 30 points and 22 rebounds last Saturday. Jaylin Andrews is second on the team (12.3) while Isaiah Hart averages 10.2 points. The greyhounds were outperformed by 22 points in the first half of this season before outperforming opponents by 27 points in the second half.

Last season, Lehigh beat Loyola in the regular season, outperforming the greyhounds in the first round of the Patriot League tournament (78-75). In total, the Mountain Hawks have won five of their last six against Loyola and are now leading the all-time series 13-11. Last year, Loyola was the only team that Lehigh swept in the regular season. The Mountain Hawks have beaten the Greyhounds three times in a row at home, having previously lost in two games at Stabler. Before meeting as Patriot League opponents, the teams had previously played an 86-72 Lehigh win on November 26, 1988. The teams met for the first time in 1912-13, a 41-19 Lehigh victory. Loyola’s first win was in 1915-16 through a 35-15 final.

After that weekend, the Mountain Hawks end the regular season with a pair against Lafayette, who travel to Easton on Saturday (4pm) and host the Leopards on Sunday (6pm).