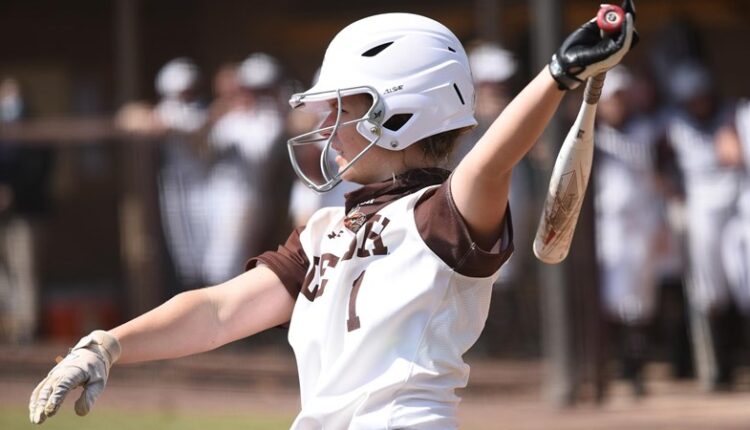 Freshman Brooke Cannon went 5-6 in the second game, making it the fourth player in the history of Lehigh softball to play a five-goal game. Junior Carley Barjaktarovich had five hits over the twinbill while classmate Jaelynn Chesson drove five runs that day, including the starting single with two runs in ninth place that finally put Lehigh in the lead.

After the split on Sunday, Lehigh is 4-10 in the overall standings and 2-4 in the Patriot League. Army ends its first Patriot League weekend with a 4-5 overall score and a 2-2 league record.

In game two, Lehigh took a 5-0 lead, only to take a 6-5 lead. The Mountain Hawks rallied to return 8-6 and then 10-8 forward, with the Black Knights tying the game at the end of seventh and then back in eighth place.

Cannon’s five singles gave Lehigh their first five-goal game since Nicole Yozzo had five against Holy Cross on May 6, 2018. In the one stroke that she got no hit in, Cannon ran a run with an RBI bottom.

Lehigh took a 1-0 lead in the second game when Cannon took the lead with a single and then met Melissa Fedorka with a single from junior. The Mountain Hawks added four more in the second run. Sophomore Emily Cimino tripled classmate Josie Charles and then hit Cannon’s bottom. Senior Payton Alsobrooks pulled a base-laden run and Barjaktarovich followed left with a single to give Lehigh a 5-0 advantage.

The army stormed back with one hit in one inexperienced run in the fourth and five in the fifth. Taylor Drayton cleared the bases with a triple and then scored the starting gun on a wild field.

The Mountain Hawks moved up again in sixth place when Barjaktarovich and Charles took the lead with two consecutive singles and Chesson both doubled home. A victim flight by Junior Karsen O’Rourke scored Chesson and brought Lehigh 8: 6 in the front.

The Black Knights tied the game with two runs at the end of the seventh with a single and a sacrificial fly.

Lehigh loaded the bases with an out in the eighth and took a 10-8 lead after freshman Amanda Greaney was pitched and Fedorka took a walk, but Army responded with two in the lower part of the frame thanks to a Lehigh mistake and a Drayton RBI single.

Barjaktarovich and Charles walked in a row to open up ninth place, moving to goal position on a wild field. With one mistake, Chesson prevailed down the left center and took both runs home to give Lehigh a 12-10 lead. Freshman Katelyn Young worked on a one-off walk at the end of ninth place to take the win, her second on the weekend and her third of the season.

Lehigh beat Army 15-8 in the second game and both teams made three mistakes. Young started and ended the game with a total of six runs that were allowed with just two hits over 5.2 innings with five walks and four swings. Drayton tossed the final two innings as the third Army pitcher and took the loss. It was 4-on-5 on the plate.

In Sunday’s first game, both teams scored three goals while making one mistake. Junior Gabriella Nori allowed Angelina Bebek a lead-off single in the first, a lead-off single for Ally Snelling in the fourth and Megan Snuffett after Snelling’s single a two-part home run. She knocked out two and went one over six innings.

Barjaktarovich led the fourth inning with Lehigh’s first hit and led the sixth again. With two outs, Barjaktarovich hit the middle on a Chesson single, but Lehigh couldn’t get any closer than 2-1.

Grete struck seven and didn’t take a blow for the army.

Lehigh travels to Worcester, Massachusetts this weekend to play four games with Holy Cross. The double header on Saturday starts at 12:30 p.m., while the twinbill starts on Sunday at 12 p.m.