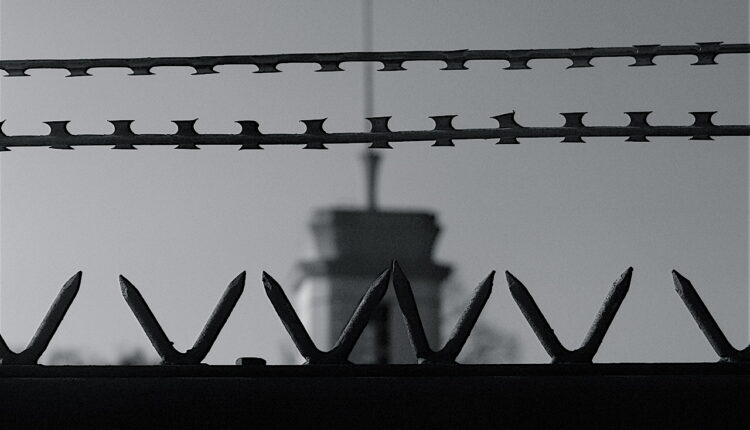 In reversal, Pa. redistricting commission votes to count 3,000 more prisoners in their cells

The commission charged with redrawing Pennsylvania’s 253 legislative districts backtracked Tuesday, agreeing to further limit the number of people reallocated out of prison and to their homes when drawing district boundaries.

The slight reversal follows a widely celebrated decision by the Legislative Reapportionment Commission in late August to count the majority of prisoners at their previous residences, not in their cell.

That policy will remain in place, but an additional 3,000 people whose minimum prison sentence would potentially keep them in prison past April 1, 2030, or the date of the next census, will still be counted at their predominantly rural prison location, rather than in their usually urban homes.

“I do consider this to be a reasonable proposal,” said commission chair Mark Nordenberg, who voted for both the August resolution and Tuesday’ resolution. “I think it was advanced with positive motivations.”

There were approximately 45,000 people in state prisons in April 2020. Last month, the 5-member panel voted to initially approve the prison reallocation in another 3-2 vote, as Nordenberg sided with the Democrats.

Activists have wanted to address how prisoners are counted for years, arguing that prisons artificially expand rural representation at the expense of urban, often majority-minority representation. This impact is known as “prison gerrymandering.”

While Nordenberg differed, the commission’s two Republican commissioners expressed sharp opposition, which has only intensified over the past month.

Speaking Tuesday, Ward said that prisoners utilize “the facilities, utilities and resources in the districts where they reside,” as well as “representational bandwidth” of the local state legislators.

“Those areas where those prisoners should be counted with them, they will be kinda discriminated against,” Ward said after the meeting.

Ward’s districts once had a prison in it, before it was closed under former GOP Gov. Tom Corbett in the early 2010s. When the prison was there, Ward said, she would hear from prisoner’s families to help move or separate the prisoner from the rest of the population.

While she still opposed the original reallocation, Ward called her resolution — which she first floated during the August meeting — “a good compromise.”

In testimony submitted to the commission, Villanova University criminal justice researchers Rory Kramer and Brianna Remster argued that Ward’s resolution misunderstands the point of prison gerrymandering, and breaks from how 17 other states have addressed the issue.

Her proposal focused too much on individual prisoner situations, rather than the overall community impact of counting tens of thousands of people as living somewhere else where they have few connections to, the researchers argued.

“The family and neighbors of the incarcerated person, and often their victims … are underrepresented,” the experts wrote. “The length of time a person has left to serve has no bearing on that representation.”

Another cited concerns was that the policy would delay redistricting data further. But Brent McClintock, head of the Legislature’s data center, said that they will have the redistricting data ready for approval by the week of Nov. 9, and that Ward’s resolution will have no impact on their timeline.

The original resolution already excluded 4,000 people with life sentences, Nordenberg said. McClinton, who authored that resolution, said she included that policy as a compromise to win over her skeptical colleagues. Tuesday’s vote was “disappointing,” she added.

“This is a direct attempt to undermine what we just did,” McClinton said.