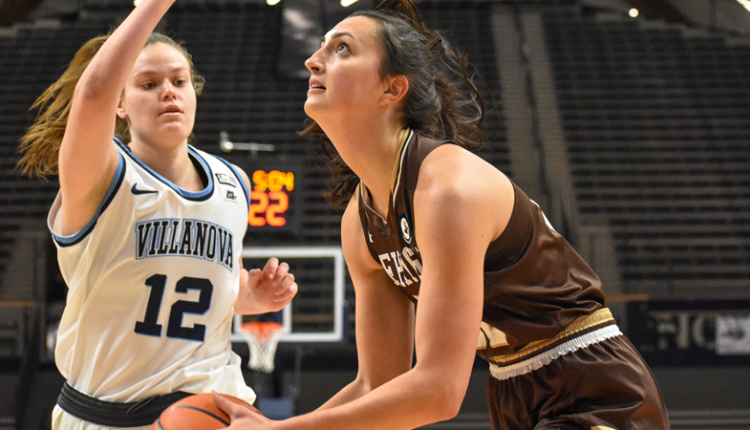 BETHLEHEM, Pennsylvania – After starting the Patriot League schedule with a win in Colgate on Sunday, the Lehigh women’s basketball team returns to Stabler Arena Wednesday night at 6 p.m. for Army West Point with Salute to Service presented by Weis Markets, to recieve.

The Mountain Hawks (9-3, 1-0 PL) started with a 72-52 final against the Raiders in the league, which meant a 1-0 start for PL for the fifth season in a row. Senior striker Emma Grothaus led the lead with 17 points and seven rebounds and shone on the ball’s defensive with a season high of five blocks and four steals. Senior Megan Walker scored 16 points with four 3-pointers, while Junior Anna Harvey posted a career high of 13 points with four boards and four assists.

Lehigh struggled to shoot the ball overall in the first half but made adjustments, shooting 51.6 percent (16-for-31) and drilling nine 3-points as a squad in the last two quarters. Defensively, the Mountain Hawks kept Colgate 40.4 percent off the field and only four Treys, while bouncing them off with 36:31.

Four Mountain Hawks continue to achieve double-digit points on average this year, led by Mackenzie Kramer (16.3 ppg), while Frannie Hottinger (15.3), Grothaus (13.2) and Walker (11.4) are just behind. While senior point guard Clair Steele technically remains the team’s lead assist-getter at 6.0 per game, she has missed every one of the last five games.

Although they failed to score one on Sunday against the Raiders, Kramer is still in ninth place in the country with 3 points per game (3.25) and 11th in the total 3 points (39).

After a somewhat mixed part of the game plan with Army West Point finishing 5-4, the Black Knights (6-4, 1-0 PL) recorded their most impressive win of recent times, the impressive Bucknell 69, on Sunday afternoon. -62 in the Christl-Arena.

The Army’s victory over the bison was the Army’s first since 2016. Alisa Fallon led the Black Knights with 24 points and 11 rebounds while playing on the ground every 40 minutes. She scored 20 points with nine boards against Yale earlier in the week and was named Patriot League Player of the Week on Monday for both of her performances.

With five teams starting 1-0 in the Patriot League, Army and Lehigh battle it out for first place and an opportunity to improve to 2-0.

On the game schedule outside of the league, the Army defeated Sacred Heart, Air Force, Maine, LIU and Bryant.

In 70 meetings, the all-time series between Lehigh and Army West Point tied, 35-35. In Patriot League competitions, the Mountain Hawks are ahead with 31-29 and are 21-11 in the Stabler Arena against the Black Knights.

Lehigh has prevailed in each of the last four encounters but has not faced Army West Point since the 2019-20 season. The Mountain Hawks won both matchups this season, a 94-65 win at Christl Arena and an 89-72 win at Stabler.

The Mountain Hawks have won three games in a row in the Stabler Arena in the regular season series since January 20, 2018.

The matchup on Wednesday evening will be streamed live on ESPN + (subscription required) with Corey Spector in a play-by-play call. Steve Lomangino got the call on Fox Sports Radio 94.7 FM and 1230 AM.

Fans can purchase their tickets by visiting LehighTickets.com or calling 610-7LU-GAME. As part of Salute to Service presented by Weis Markets, service members (any active or retired military, first responder or medical personnel) can receive a free ticket to Wednesday’s game.